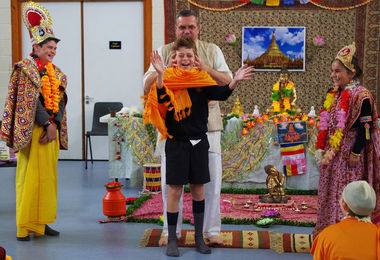 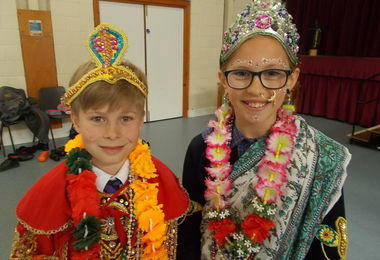 Since Christmas, the pupils in Form 2 have been learning about Buddhism. This week, they had an opportunity to meet a former Buddhist monk called Sakhya and his colleague Kavita from ‘Buddhist Learning Workshops’. Each class took part in a 75 minute workshop in which they looked at an amazing collection of Buddhist artefacts including prayer wheels, flags, singing bowls and bells. The workshops were extremely interactive, with many children having the opportunity to dress in authentic Indian costumes, as they re-enacted the story of how Prince Siddhartha became the Buddha. 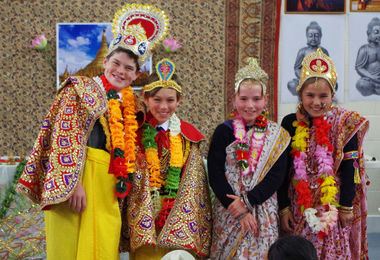 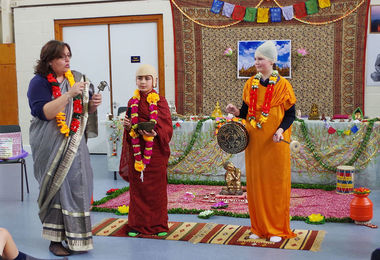 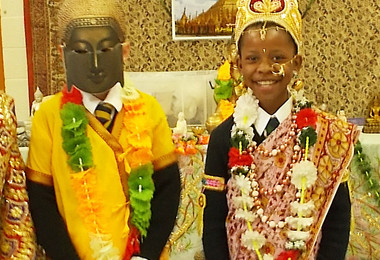 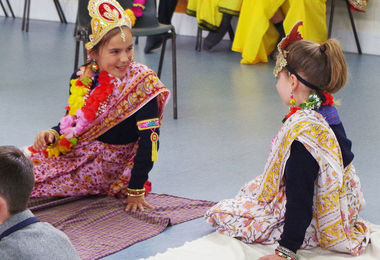 Later in the day, Sakhya and Mrs Towns led an assembly on the Buddhist faith. The pupils walked into the hall and their senses were stimulated by the smell of sandalwood incense, the sounds of the Indian temple music, the sparkle of the diya lamps around the Buddha’s shrine and the blaring announcement that worship had started from the conch shell and temple gong. One of the highlights was finding out about the difference between the two main groups of Buddhists – Theravada and Mahayana Buddhism. Mr Jones was a ‘willing’ volunteer who was asked to dress up as a monk. We learned why Theravada monks wear bright orange robes and shave their heads. He was also given a begging bowl and a ‘garland of respect’ in order to honour his humility.

Sakhya taught the children about meditation and we learned that the hand positions used in meditation often represent a balance between the mind & intelligence. Buddha was once asked ‘What do you gain from meditation?’ His answer was ‘Nothing, but what can be lost is anger, frustration and fear’. We hope the children enjoyed the few minutes of relaxation that they took part in during the day. 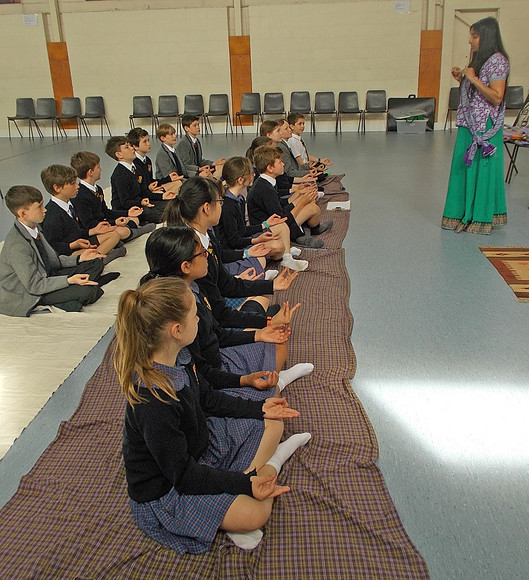 A fascinating and ‘hands-on’, practical day of learning through RE for all of our pupils. There may not be many Buddhists in our local community, but we hope that our children now have a greater understanding of why this Eastern faith is so important to many people around the world.