First Win of the Cricket Season 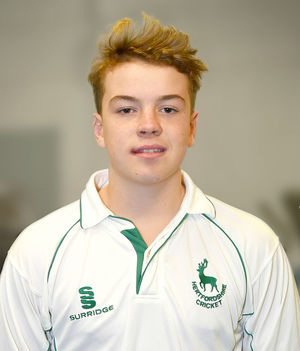 A great game of cricket to start the season. Batting first, Elliot N (L6 SuH) and Kyle H (U6 SuH) got us off to a good start before Joe H (U5 RPH) produced a superbly well-paced innings to finish with a wonderful century. He played many exquisite shots in an innings of  impressive maturity. Joe was very well supported by Ed C (4th Form HH), who played sensibly for his 27 not out, to guide the side to a competitive total.

Our bowling got off to an excellent start with Sean B (U6 HH) picking up a wicket in the first over of the innings. Framlingham then started to take the attack to our bowlers but John T (L5 SuH) brought a bit of control back with 2 wickets. In what became a thrilling finish Josh P (L5 HH) held his nerve to only concede 1 run off the last ball to ensure the match was tied.

A very exciting game and a good performance from all the boys.