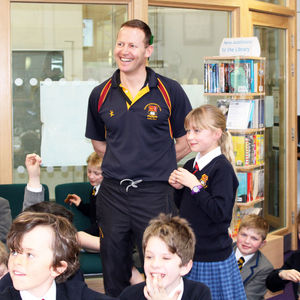 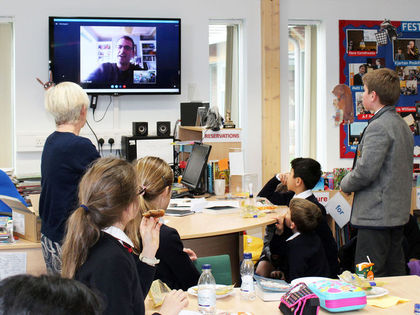 heart by Peter Bunzl. Once again we were able to connect with our author on Skype, adding an extra dimension to the discussion, as Peter was able to both hear their comments and answer questions put to him.

Edward C said how much he enjoyed the descriptions in the book, and suggested that the very visual and atmospheric descriptions of this Victorian “steam punk “ world  would translate very well into a film. When discussing characters, Lola T claimed her favourite one to be Malkin, the astute but very endearing mechanical fox; Charlie K commented how he enjoyed Lily’s bravery and feisty nature, and Peter revealed he felt closest to his character Robert, who is more introvert “and more like me”.

When asked about his inspiration for this book Peter explained about his love of automation, and introduced the pupils to an automated robot who  just happened to be on his desk. Daniel L commented on the similarity of Cogheart to Philip Pullman’s Northern Lights, and again Peter had a copy of this to show, indicating  how this had clearly been influential for him too. Peter was also able to reveal to the pupils the cover of his new book, Moonlocket, which he had handed in only the day before to the publisher. This will be Robert’s story, and will involve an escaped convict and a missing locket, but again set in a London landscape. If this is as an absorbing a read as Cogheart, we can’t wait! 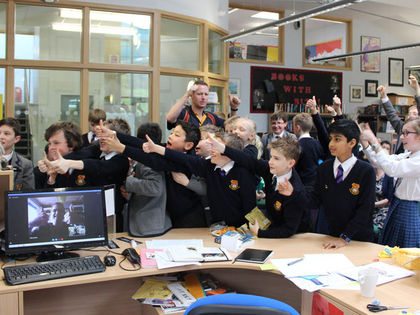 At the end of the book club we always ask pupils to judge the book, by giving it the thumbs up or thumbs down.  This was most definitely a "thumbs up" book!

Our next book club books for both Forms 1/2 and Lower 3rd/Upper 3rds will be novels by Julian Sedgwick, who will be returning to the College on Monday April 24th. Julian will be our judge for the Senior Final of the Poetry Declamation competition, and will be able to meet book club readers during the day too. More details of this will be announced later.