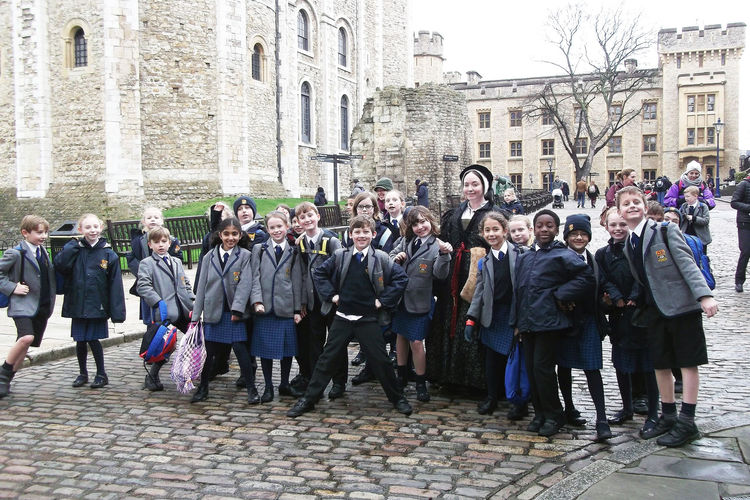 On Friday 3rd March, Upper Shell enjoyed a brilliant day at the Tower of London.  Pupils toured all the Towers, admired King Henry VIII's armour and saw where the two princes' skeletons were allegedly found. A workshop on the King's armour really brought history to life, as pupils were shown real armour worn by the kings and lords at jousting tournaments.

Climbing the 240 steps to the interactive centre at the top of the White Tower, pupils  could shoot an arrow and see the Castle as it would have looked in Tudor times.   Everyone was well looked after by the Beefeaters, and the trip was rounded off with a quick visit to the shop. 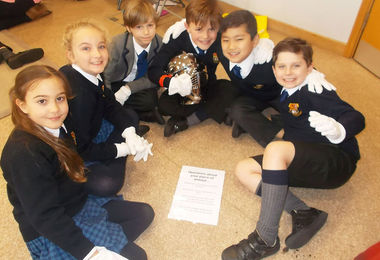 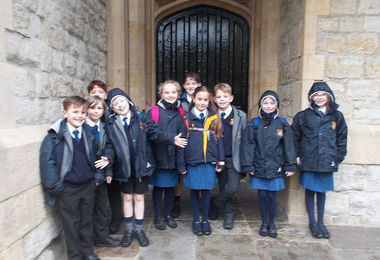 A super trip, with Upper Shell really showing how much they already have learnt in class about the 'Terrible Tudors'!