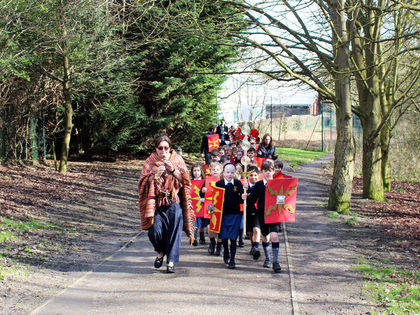 On Thursday 9th March, a Roman invasion took place here at Bishop's Stortford College, when Lower Shell Romans marched in formation, bearing colourful shields and a formidable standard, through the woods to Pre-Prep School.  Once there, they burst into Year 2 classrooms, speaking to the stunned pupils in "Latin" and ordering them to turn their jumpers inside out, before ushering everyone outside for a "battle".

The Roman Year 3s quickly came together in battle formation in readiness for the Celtic retaliation.  In the meantime, the rebellious Celts assembled their "weapons" of foam arrows and soft balls before enthusiastically launching them at the enemy, clearly enjoying the opportunity to protect their tribe.

Altogether this was an energetic and enjoyable afternoon for both sides which thankfully ended amicably, with the Celts looking forward to joining the ranks of the Romans when they move up to Lower Shell in September. 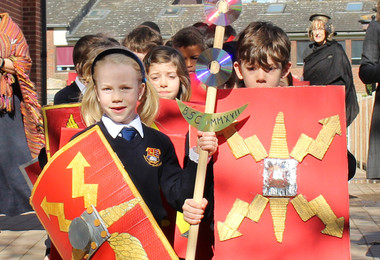 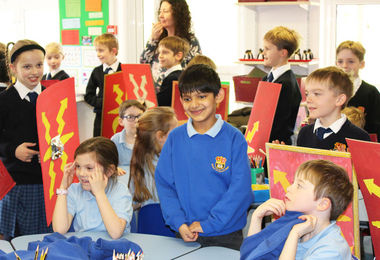 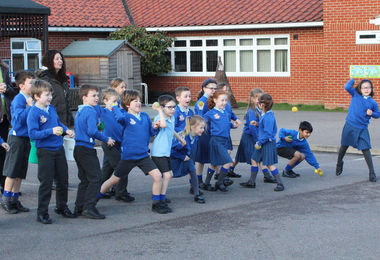 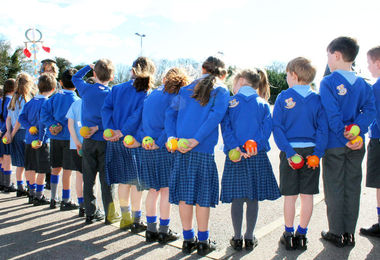