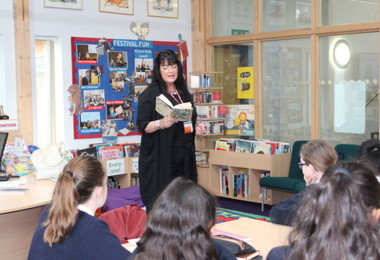 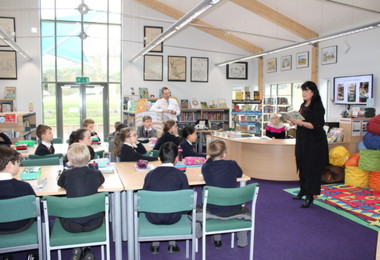 The Prep School celebrated World Book Day on Thursday 2nd March with an amazing visit from award winning author Kim Slater. Kim’s first novel, Smart, was one of our most popular Book Club choices for Form 1 and 2 fifteen months ago, so many of our  Form 2 and Lower 3rd Book Club readers had already read that novel and were very excited to read her new book, A Seven Letter Word.

Kim had a very full day in the Prep School.  First up was a masterclass with Form 2AB, in which she described her journey to become an author and then examined with the pupils the connections in Smart with Lowry’s paintings, and how this gave a further window into understanding Kieran’s character and point of view. Several more classes followed, and again Kim revealed the techniques she used to make her characters three dimensional, believable and likeable. 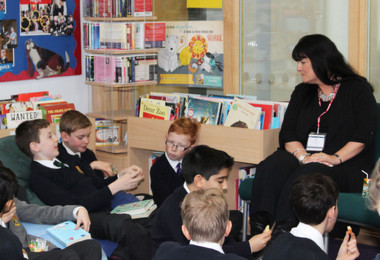 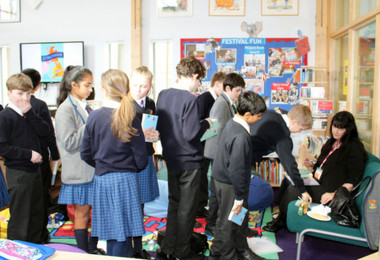 The Lower 3rd and Upper 3rd Book Club, who have been reading the book A Seven Letter Word, then had the opportunity to share their views with Kim (as well as to eat pizza) and she must have been thrilled to hear from them that these techniques had worked. Book Club readers said they felt totally engaged in the story, and loved the characterisation, and whilst Finlay as a character is very different to any of them, they could really empathise with him.  At the end of the Book Club, pupils had the opportunity to have their books signed by Kim.

Hannah in Upper 3rd was particularly thrilled by Kim's visit.  Hannah had been so inspired by A Seven Letter Word after winning the book as a Speech Day prize last year, that she wrote to Kim and, in keeping with the theme of the book, included Scrabble tiles to describe the aspects of the book she had most enjoyed. Hannah's letter is now featured on Kim’s website as her Star Reader, and is perhaps the best introduction to the book that I can give!  Both Hannah and Kim were very excited to finally meet each other. 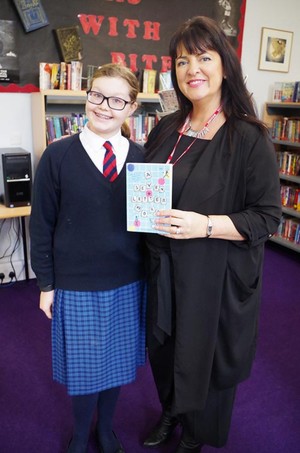 It was a real treat to have such a talented author with us, and her passion for words, language and mystery  shone through her talks as much as it does in her writing.

You can also read Kim Slater's lovely review of her day in the Prep School here.