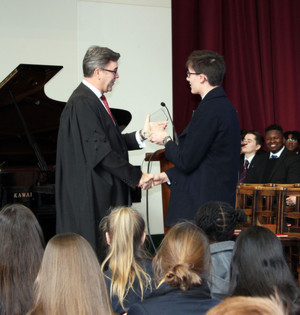 On Thursday 23rd February, Upper 5th pupil Ben R was presented an award in Assembly by Mr Gladwin,  for winning the Rotary Club District Final Cookery Competition at the start of Half Term.  Ben competed in the competition in Chelmsford on Saturday 11th February, following his success in the previous round, and had spent many weeks fine tuning his presentation skills, cooking techniques and, most importantly, timing, in preparation for the big day.  He also had to come up with a three-course menu for two people, for the total sum of £15.00, which is no mean feat!

The competition was originally meant to feature five competitors, but two pulled out at the last minute, leaving just Ben and three other competitors, from schools across the East of England. Ben said:

"The fear of cooking in an industrial kitchen, in an unknown environment, and under the watchful eye of two professional judges was utterly terrifying! However, following a few slip-ups and the creation of large amounts of acrid black smoke, I managed to finish on time".

Here is the menu Ben cooked for the judges: 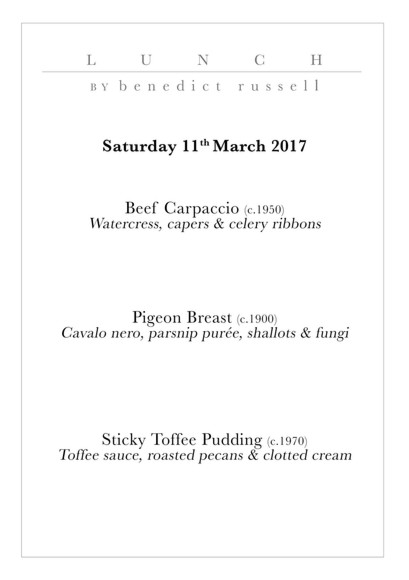 The judges gave Ben very positive feedback on his cooking, especially his dessert, which they said was one of the best they had tasted in the history of the competition! Ben was declared the winner following a 30 minute-long, gruelling wait for the judges to announce the result, and he will now continue his culinary journey to the Regional Finals in Ipswich on 11th March. As Ben says:

"I have no idea if I will win the next round, but I will keep practising, and hope for the best! Who knows? I might even become a chef one day!"

Thank you to Mrs Hood for all her support in the lead up to the competition and for letting Ben use the gas rings in her kitchen!  Well done,Ben, and good luck in the Regional Finals. 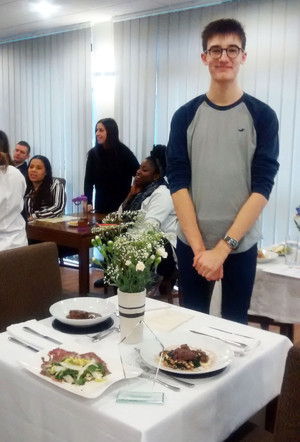