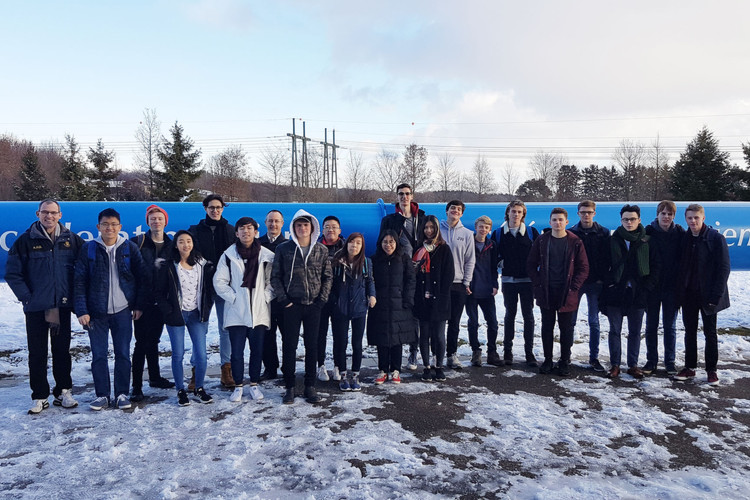 Physics in the Upper Sixth is perhaps notorious for mind numbing equations and the occasional bending of health and safety laws when demonstrating some of the more extracurricular parts of the syllabus, but, without a doubt, one of the highlights is the annual trip to CERN, the Conseil Européen pour la Recherche Nucléaire, and this year was absolutely no exception.

Lower Sixth lessons had given us 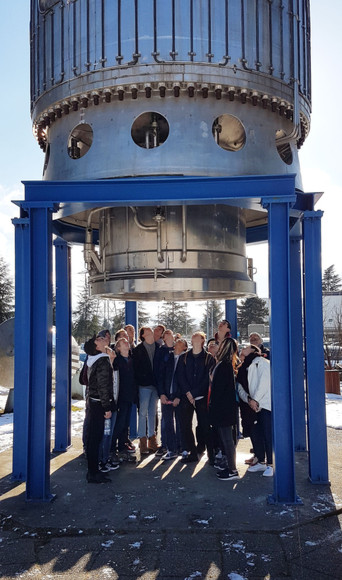 the basic understanding of particle physics ahead of the trip, however nothing could have prepared us for the frankly astonishing sight that greeted us. Armed with just our limited knowledge, and probably not quite enough clothing to comfortably endure the cold weather of Switzerland in January, we set out a frankly ridiculous hour for what would turn out to be a tiring but all around fantastic day trip.

Upon arrival, the most noticeable aspect of the facility was certainly its scale. This was reiterated upon visiting the Globe of Science and Innovation, which walked us through the basics of the scientific research taking place, with aid from interactive and visual displays to help ease us into a mindset ready for our later tour - which would still go on to fry our brains and confuse us. This start to the day gave lots of opportunity to also learn the history of CERN, about its 26 contributing countries and even allowed us to see some now redundant equipment of the past.  We saw the first ever cyclotron particle accelerator, as well as the original pages of notes that Tim Berners Lee used to theorise what would later become the Internet, something he initially designed to handle the vast amounts of data recorded every second by the various particle accelerators that CERN was using.

Following this informative opening we embarked on a tour of some of the more exclusive areas of the facility, such as a trip to see the Synchrocyclotron, the first large scale accelerator that CERN used, and then on to visit the ATLAS centre. The ATLAS is one of the four detectors which is used in conjunction with the large hadron collider, the 27km long ring which is CERN’s most impressive and vast piece of equipment. Unfortunately, travelling down into the tunnel to visit the detector was not possible, however the informative tour around its surface level warehouse sized control centre was still impressive and provided more specific information relating to particle acceleration and what we have been learning about at school.

This trip is without a doubt one of the best school trips I’ve personally undertaken, purely for the combination of how enjoyable and informative it was and applicable to the Upper Sixth course. My thanks on behalf of all those attending to Mr Baker and Mr Trant and also to Mr Bauer, for organising every single detail perfectly to ensure it was a fantastic day out.