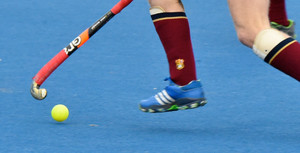 The U16 Boys' Hockey team, comprising the best young players at the College, became Hertfordshire County U16 Champions 2017 on Monday 30th January.

Following a number of well played and some less well played matches in the pool games and winning their matches in the semi-finals, the boys were through to the finals.  Jamie B recovered his scoring habit and Jake M looked dangerous in attack, along with Dan E. Tom G-S showed quality in midfield, as did Josh B. Ben B distributed well from the back and Joe P and Peter H showed both offensive and defensive qualities at WH. Ed C (an U14 GK) had hardly anything to do all tournament but then exhibited good technique in making two very good saves in the final.

Well done to the boys and good luck in the Regionals today!