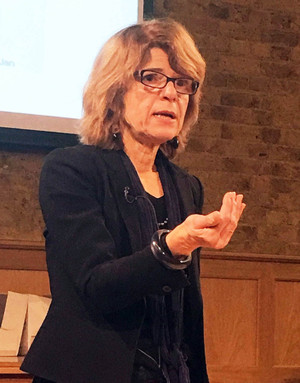 On Wednesday evening we were delighted to welcome the notable Economist Vicky Pryce. In an almost full capacity audience of students, parents and teachers from Bishop’s Stortford College, we also welcomed for the first time at an Inspired Horizons lecture, students and teachers from St Edmunds College.

Vicky’s fascinating address, even more significant given the Prime M 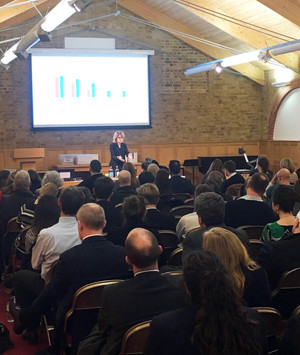 inister’s speech and 12 point plan  the day before, gave the audience an insight into how the UK's economy has been impacted following the vote to leave the European Union.  She explained that the economy was already showing short-term signs of a negative reaction to the Brexit vote, coupled with worries about the EU's standing and future without Britain. She noted concern about the future viability of Britain's industries and, in particular, the City of London. She gave a fascinating insight into the inverse relationship of the FTSE 100 and the GBP £/US$ exchange rate to highlight that gains on the FTSE are related to the weakness of Sterling.

Vicky also explained the difficult interplay of politics and economics that the UK will face as a result of Brexit. She remarked that this would take place in a world currently dominated by geo-political tensions and migration issues caused by conflicts in the Middle East and tensions between the West and Russia. She also elucidated that we are yet to see the “Trump effect” and the more protectionist outlook for World trade in the future.

Overall, it was a fantastic evening and a big thank you to all those that attended.  Please watch this space for other forthcoming Inspired Horizons events and activities.