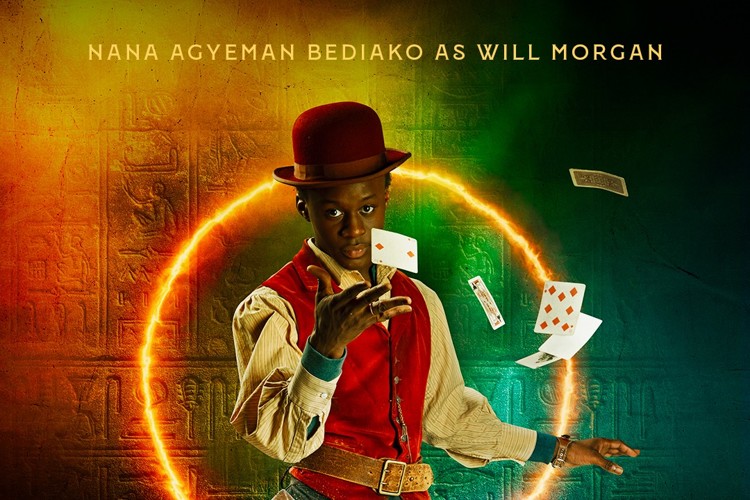 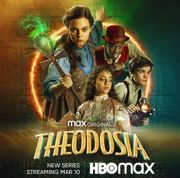 Nana, who has been acting since the age of 5, plays the role of Will Morgan, a charming street magician whose world takes an exciting turn when his chance encounter with main character, Theodosia, eventually leads him into a world of ancient evil Egyptian magic which he, Theodosia and others must save.

Nana’s acting career began from his mum witnessing him imitating performers on television. Wanting to utilise this passion, Nana was enrolled in ‘Stagecoach’, a Saturday performance school, and thrived whilst learning acting, singing and dancing. From there, Nana was picked up by his current agency and started with modelling and TV adverts until he landed his first acting role in Channel 4’s Top Boy in 2011.

Since then, Nana has performed in various West End musicals including The Lion King, Kinky Boots and Motown the Musical, had guest roles in several tv series such as BBC One’s River and Casualty in 2015 and Channel 4’s The State in 2017, as well as starring in the film The Huntsman: Winter’s War and Come Away.

To date, the Theodosia TV series, based on the bestselling books by Robin L. Lafevers, is not only Nana’s biggest tv series role but also his biggest project so far. The filming spanned across 7 months and was based predominantly in Brussels, Belgium with a few scenes also shot in France.

Nana, who has “loved [acting] ever since” his mum got him into it, commented “Acting is something I want to do for life. I can’t wait to explore other avenues within the entertainment industry.”

The College extends its congratulations to Nana on his achievements and we wish him the best of luck with his future aspirations.