U11 Boys Are Regional Runners Up 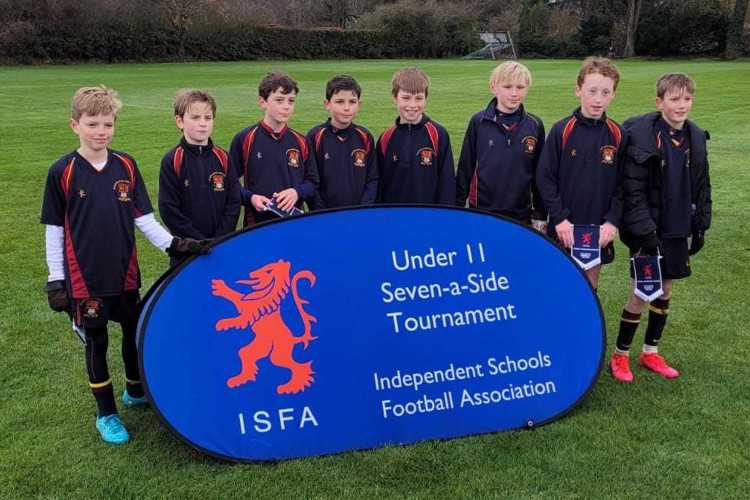 On Saturday 5th March, the U11 Boys' football team traveled to The Perse Prep School in Cambridge for the U11 ISFA Boys' Regional Football Tournament.

The team started the tournament brilliantly against Bedford Modern, conceding just 1 goal to level the game and bring the final scoreline to 1-1. Similar events unfolded in their next match against Kimbolton, with another draw of 1-1. The final group match against Stephen Perse saw the team really pull together as they played without a keeper, who had been injured in the previous match. With Harrison K stepping up to the plate, the team scored 2 fantastic goals, securing themselves as group winners and progressing to the quarter finals.

Up against King's Ely, the team sailed through with a 3-0 victory and took on Kimbolton once again in the semi-final. As was the pattern, the team started brilliantly once again and secured a 1-0 win to take on Milton Keynes Prep in the final.

With a place at the National Finals at stake, the team were under pressure but nevertheless determined to try their best and give the match everything they could. Sadly, an early goal from the opposition led to the College team chasing the game, ending in a 3-0 defeat.