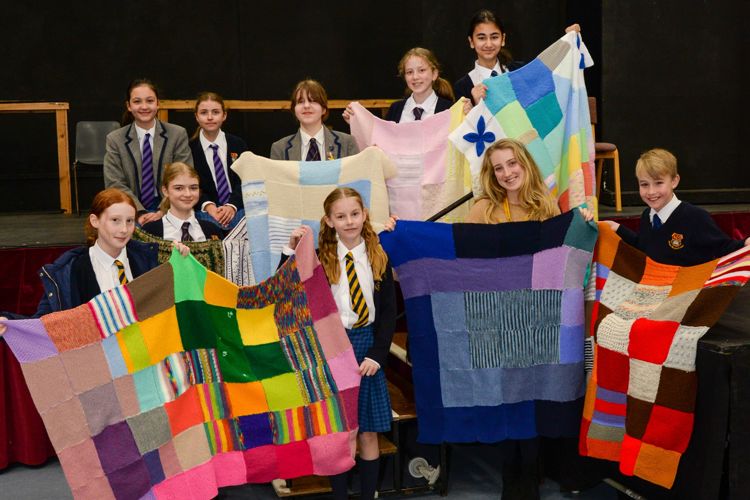 Over the past few months, Prep School pupils have been knitting squares which have been combined together to create blankets for charity.

Led by Prep School teacher, Fenella Symes, the project began back in October encouraging pupils to sign up for the knitting club, which took place every Friday lunchtime, with the aim of pupils and their families knitting a 15cm by 15cm square to be made into blankets which would be sent to Knit For Peace.

Knit For Peace aims to save people in need and keep them warm over the harsh winters by knitting blankets. The charity regularly distributes to over 200 outlets, including hospitals, refuge centres, prisons, community groups and hospices as well as developing countries and refugee camps. 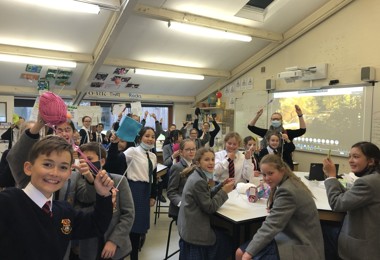 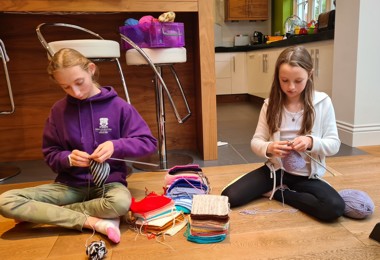 When asked what the inspiration behind the project was, Miss Symes commented, "I have always enjoyed knitting and loved it when I was at school. So the first idea was to do something for the children that helped mindfulness, created a community feel as well as improving their fine motor skills and learning a skill. I also thought we could combine this into helping people within the UK, expanding children’s perspectives that some children and families live with very little."

A large number of pupils volunteered for the project and an amazing 236 squares were knitted in total, making 6 large blankets. Faye and Neve L and their grandparents did an amazing job, knitting almost 100 squares out of the whole total just by themselves. With no set theme or pattern to follow, pupils and their families could let their imaginations and creativity run free with the colours they chose and designs they followed for the knitting. For many, it was the first time they had ever tried knitting and is now a new skill they have gained!