The Power of Music and Words 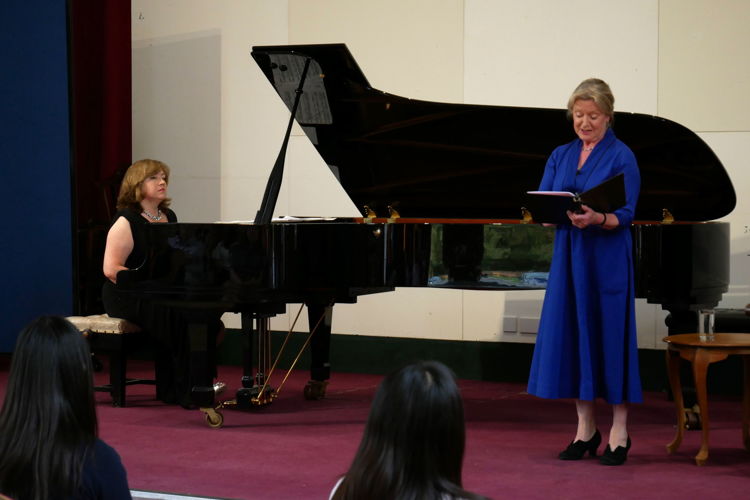 On Wednesday 16th June, renowned pianist, Lucy Parham and actress, Joanna David, graced our Memorial Hall stage for a wonderful evening of music and narration in their performance of I, Clara. Here's Sixth Former, Eleanor's, review of the event:

"On Wednesday night we had the honour of hosting two tremendous artists, the outstanding concert pianist Lucy Parham and the wonderful actress Joanna David. The duo performed the acclaimed show ‘I, Clara’, that delves into the remarkable life of Clara Schumann (1819-1896). When the name Clara Schumann is mentioned, the first connotation is often that she is the wife of the Great Romantic composer Robert Schumann. However, the show ultimately serves to celebrate Clara as a pioneer among women ahead of her time, being both the first female concert pianist and an outstanding composer in her own right, whilst also juggling the demands of being a devoted wife and mother to eight children. The narrative thread itself was beautifully illustrated by the musical programme, that often contained themes associated with love or grief and autobiographical links to the episode described. Consequently, Parham’s playing became all the more poignant in that the virtuosity and beauty of her interpretations were heightened by the audience’s understanding of the expressive reveries and dramatic events behind each note. 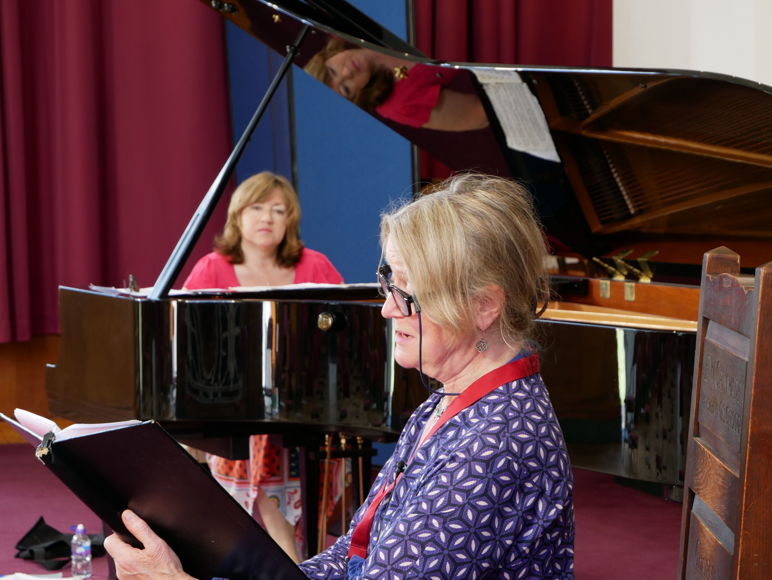 Joanna David adopted the role of Clara, starting the evening as the old composer glancing back on her life. She was truly captivating and enthralling in her theatrical narration,certainly bringing this extraordinary woman to life. Indeed, there were some wonderfully comical accounts that reflected the composer’s own tastes and changing views, such as when Liszt was described as a “spoilt child” and Wagner as “tasteless”; it really gave colour to this historical musical figure. But also, Joanna was skilful in her ability to evoke great empathy for the heartbreak and struggles that Clara experienced, particularly in her account of Robert Schumann’s death.

Lucy’s playing was very inspiring in that she demonstrated a deep affinity for the Romantics and the works of the Golden Age pianists. She showed great skill in her ability to effortlessly switch from virtuosic, emotionally turbulent passages such as in Schumann’s Intermezzo in Eb minor to extremely emotional pieces. A particular highlight of the night was Schumann’s Kind im Einschlummern (Child falling asleep) from Schumann’s Kinderszenen Op. 15. In its simplicity and introspection, this short piece was utterly sublime. 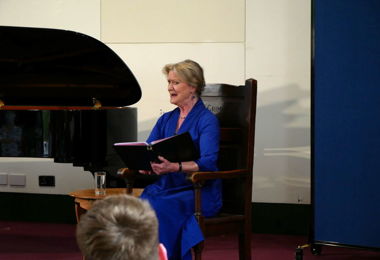 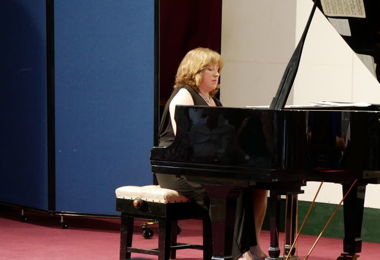 Ultimately, from a feminist perspective it was truly wonderful to see Clara’s immense legacy being celebrated and valued, as a muse for two Romantic greats and a musical heroine in her own right. I feel that I speak for many who attended the event when I say that after being deprived of live music and the arts for so long in these difficult times, it was truly wonderful to experience this brilliant performance and certainly I hope it will be the first of many more."

Click here to find out more about Music at the College