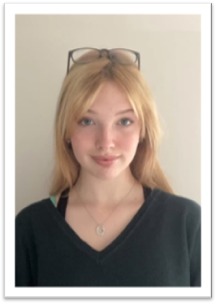 The Young Walter Scott prize is the only national Historic Fiction writing competition for young people between the ages of 11 and 19. Widely considered as the father of the historical novel, it is nearly 250 years since Sir Walter Scott lived and wrote, which has been celebrated at his home, Abbotsford. With an unprecedented number of entries this year, entrants had the opportunity to win a £500 travel grant, be published in an anthology and be invited to the Borders book festival in Scotland. The competition required a written piece of 800-2000 words, which had to be set in a time before the entrants’ birth to reflect how far society and popular culture has changed over time, and could be in the format of a story, script, poem, fictional diary or letter.

Maddie’s winning piece, titled ‘Slaying Holofernes’ focusses on the court case of 17-year-old painter Artemisia Gentileschi, who was one of the leading and only female artists of the Italian Baroque era in the early 1600s.

When asked why she chose this topic for her piece, Maddie commented “During lockdown, I watched BBC 4’s documentary on the virtual exhibition of her work in the National Gallery. The documentary explored her life story in correlation to the paintings, adding biographical context to enrich the exhibition and making her art appear more personal and powerful.  The painting my story was inspired by was called ‘Judith Slaying Holofernes’, which depicts the Biblical story of a woman Judith beheading a man who assaulted her, Holofernes. This painting was completed after Artemisia’s own assault, drawing parallels between the artist and her work. The power and suffering that she experienced is evident in this painting, and after learning of her court case and what she suffered to condemn the man who abused her.

Though the trial was successful for Artemisia, many women at the time remained silent about their own experiences. Though her story is one of abuse, it is also one of hope for justice and retribution and was one I really wanted to fictionalise – not only because of the importance of acknowledging the issue and impact of assault, but because I wanted to highlight her strength of character and perseverance. Her attitude towards the trial and assault represents a sense of empowerment that has driven the gender equality movement to where it is today.

Inspired by a love of writing fiction and finding more spare time during lockdown, Maddie was initially inspired to enter the competition after hearing about it in her Personal Development Programme session with one of her teachers, Mrs Gale, as well as her mum. “I didn’t really have any idea how to go about writing Historic Fiction as it was a genre that had previously intimidated me. However, after I found out about Artemisia and her court case, I felt that it would be a perfect thing to write about for the Young Walter Scott Prize. I really enjoyed writing the story...but nearly missed the deadline (made it by one day!) as I didn’t realise it had to be sent in hard copy.”

When asked how it feels to have won, Maddie said “Amazing, of course! I feel really lucky to win such a prestigious competition. It’s great to have a piece of work I am so proud of be recognised.”

Maddie is hoping to go to university next year and is currently deciding whether to study a Creative Writing or English Literature degree. She aspires to work in the field of literature and although she believes it is a difficult profession, her ideal career choice would be an author.

You can read more about Maddie's achievement in the Bishop's Stortford Independent and hear Maddie on the BBC Three Counties Roberto Perrone show here at 3:39:45 Roberto Perrone - Roberto asks how many children is too many? - BBC Sounds.

The College would like to extend their congratulations to Maddie on this amazing achievement and wishes her all the best with her future endeavours!