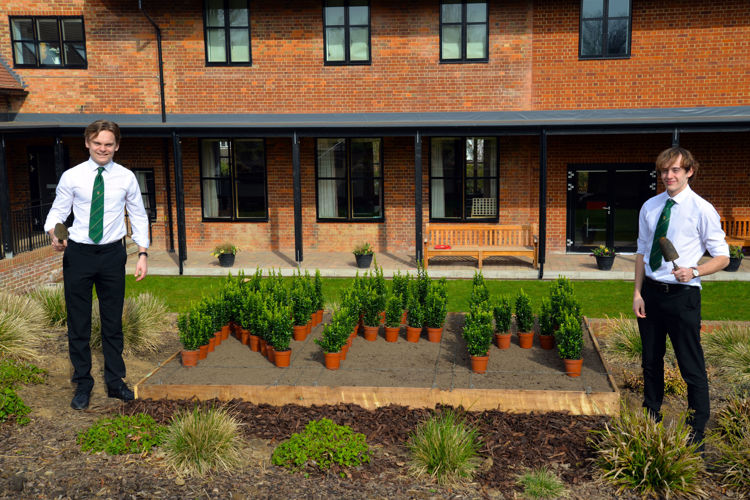 Just before the Easter holidays, Upper Sixth Robert Pearce House students, Will D and Owain W, worked together with gardening staff to bring to life an idea which they had devised for invigorating the House courtyard. After discussing the initial idea with the gardening team in weeks leading up to the planting, plans were devised which confirmed the layout and type of plant which was to be used. 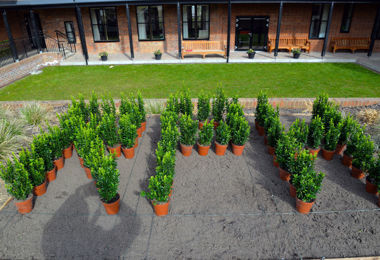 All that was left to do was put the plan into action. After being shown the planting process, the boys carefully planted over 60 individual hedge pots in the desired formation. 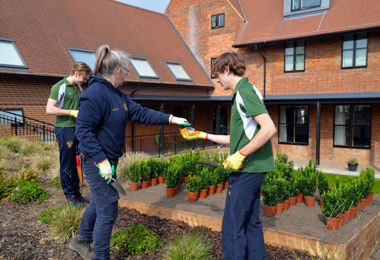 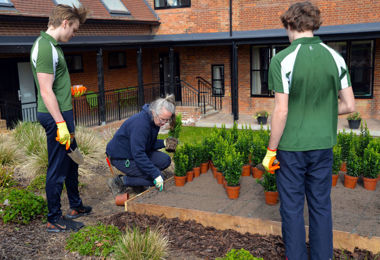 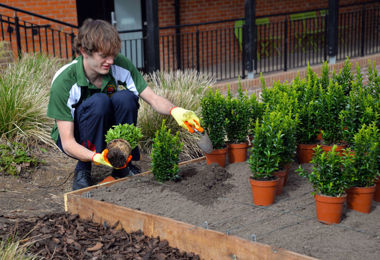 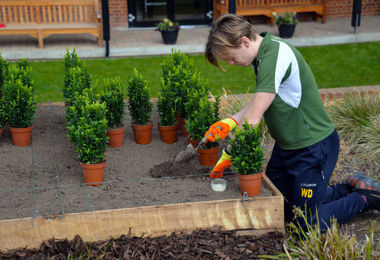 Here’s a report from Will on the inspiration behind their idea:

"We had the goal of creating a grand box hedge in the shape of the RPH letters to reinvigorate the House courtyard and to leave a lasting memory for years to come. This was undertaken in support of CALM (Campaign Against Living Miserably), a leading movement against suicide and in the honour of an ex-RPH pupil who sadly took his own life last year. Every week 125 people in the UK take their own lives and 75% of all UK suicides are male. CALM runs a free and confidential helpline for anyone who needs to talk about life’s problems.

Our target was £230 and we worked out that if we had a donation of just £5.00 per RPH family we'd be able to plant the hedge, and make a small, but helpful, donation to CALM. Myself and Owain managed to raise a whopping £798 in the end, thoroughly exceeding our expectations, allowing us to plant a commemorative hedge and donate a large sum to the charity CALM."

Well done to Will and Owain for all their hard work in managing and organising this fantastic initiative.