Reception and the Beanstalk! 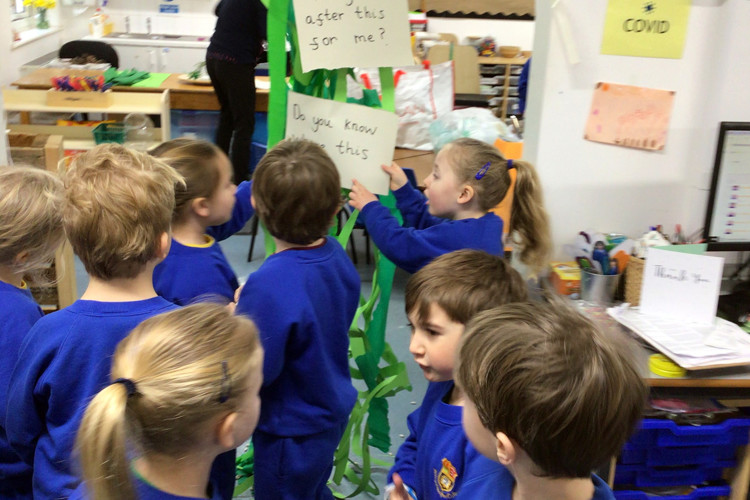 Upon their return to school last week, Reception pupils were surprised when they found a beanstalk had been left in between their classrooms! Asking if the pupils could take care of the beanstalk, they began to wonder who had left the beanstalk and why? The pupils engaged in meaningful conversation discussing their thoughts on how best to look after a beanstalk and where it could be placed. 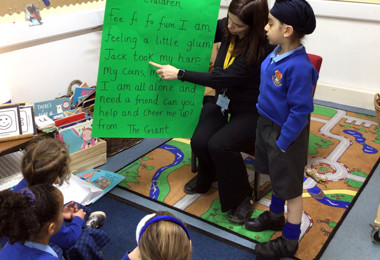 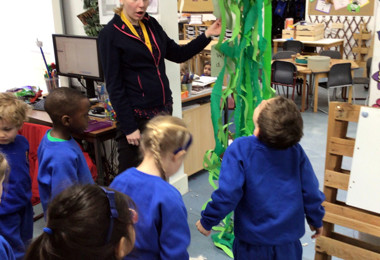 After much deliberation, the pupils felt that there was no other explanation than that the beanstalk must have been left by a giant, especially since there were also giant footprints all around the classrooms. The pupils decided to write some messages for the giant and leave him some special gifts in the hope that this would entice him to write back to them. 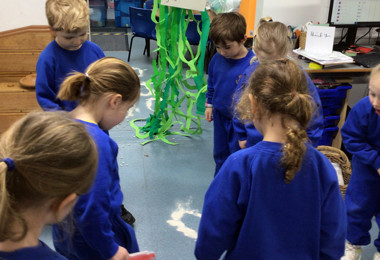 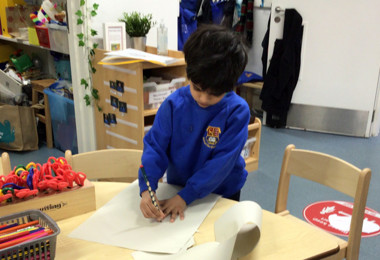 The pupils were delighted to discover that the giant did write back and had even left a gift of golden eggs for them! Working together, the pupils worked together to take care of the eggs by making incubators and nests, as well as signs warning people to be careful with them. 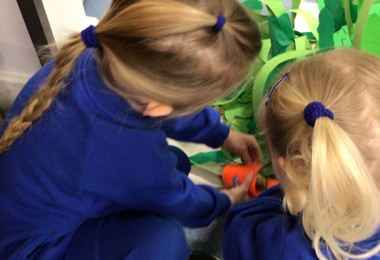 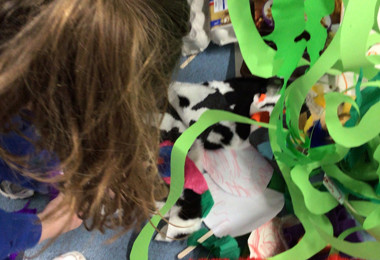