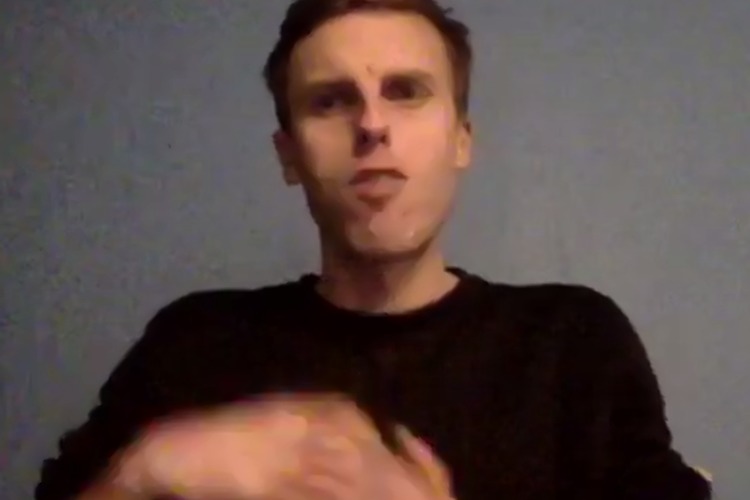 Pupils across the Junior, Intermediate and Senior age groups brought literature to life as they competed in the live finals over Zoom in front of their peers, staff and this year's special guest judge, 2012 World Poetry Slam Champion, Harry Baker.

Allowed to perform any piece of literature they wished, this year's pieces ranged from poems discussing the realities of homeschooling, to a monologue from the film 'Michael Clayton'.

Kicking-off the event, Fifth Form pupils took to the virtual stage for the intermediate category of the competition. Performances from Rebecca Towns (Tee), Carl ljeoma (RPH), Romilly Friedlein (Trotman), Jack Wells (Collett) and Henry Wilson (Sutton) evoked a wide range of powerful emotions and was the perfect start for the evening.

The 4th Form were up next for the Junior competition. Al Zakharov (Benson), William Church (RPH), Olivia Thomson (Trotman) and Edward Conti (Hayward) delivered enthralling pieces, from a very broad range of literature. These included a monologue from Hamlet, poems about an unusual crime scene and mobile phones, with an extract from the ‘The Hitch-Hiker’s Guide to the Galaxy’ to finish off.

In what was a passionate, emotive and inspiring final, guest judge Harry Baker had some very difficult decisions to make. Congratulations to the following winners and runners up:

Junior Competition Winner: Edward Conti (Extract from ‘The Hitch-hiker’s Guide to the Galaxy)

Senior Competition Runners Up: Izzy Grout (And this time the Butter Rejects the Knife) and Eleanor Smith-Lal (The Hill We Climb)

In all, the evening was thoroughly entertaining and a fine example of the performance talent within the Senior school. Congratulations to all the pupils who took part and thank you to Harry Baker for judging the event.