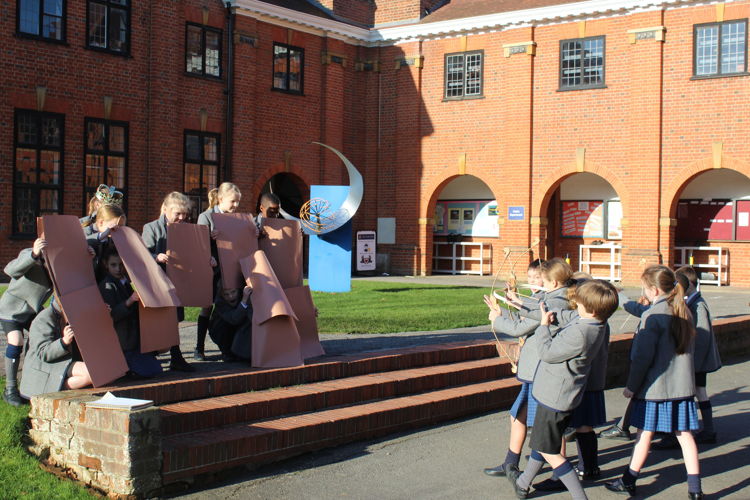 Last week, Upper Shell pupils recreated the Battle of Hastings, to dramatic effect, on the College campus to further their learning in History. Using ‘freeze frames’, the ‘Anglo Saxons’ were shown at the top of Senlac Hill, protected by their almost impenetrable shield wall. The ‘Normans’, in the weaker position, were at the base of the hill. 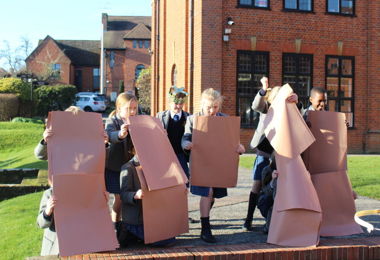 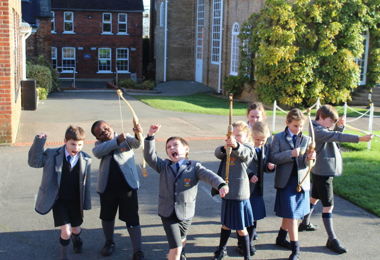 Next, the ‘Normans’ retreated, mistakenly believing that William, their leader, had been slain. The ‘Saxons’ pursued them but this was a grave mistake as it resulted in their defences being breached and ultimately, Harold to be killed by a fatal arrow. Harold’s death confirmed William of Normandy’s place on the English throne and crushed the Saxon hopes of ever ruling again. 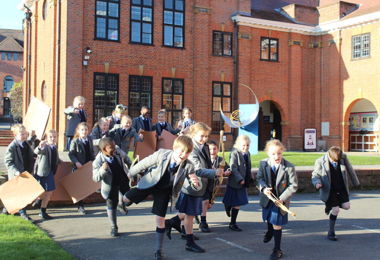 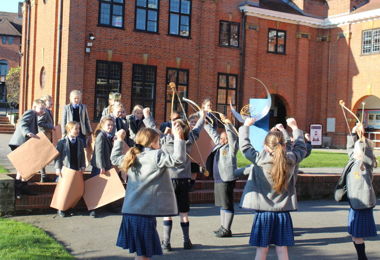 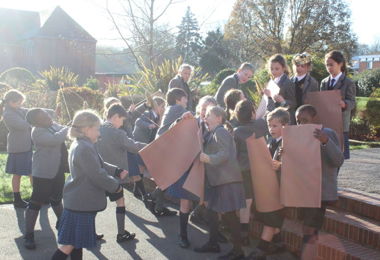 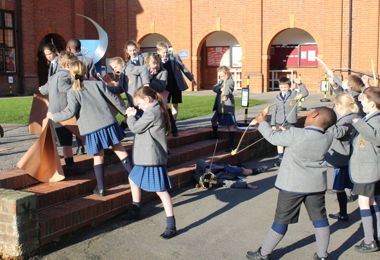 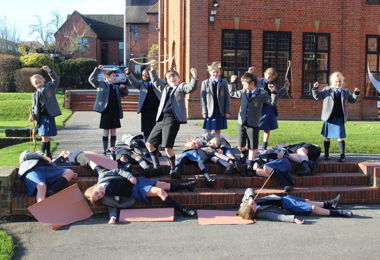