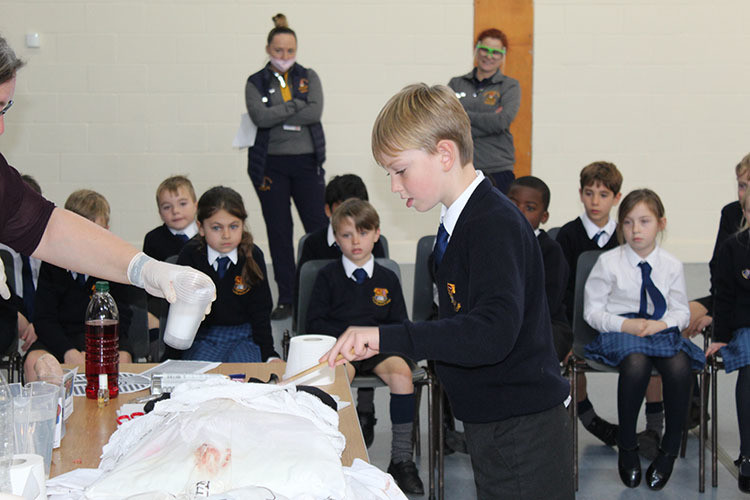 Lower Shell had an interesting afternoon on Friday 13th November when they learned how to mummify a body!

Led by Mrs Towns, and ably supported by various volunteers, pupils practiced the ritual which preserved ancient Egyptian bodies effectively for the afterlife. Firstly, the body would be washed with sacred water from the River Nile before the gruesome process of extracting the organs began. Once organs had been removed, except for the heart which was required for the afterlife, they were placed in canopic jars. 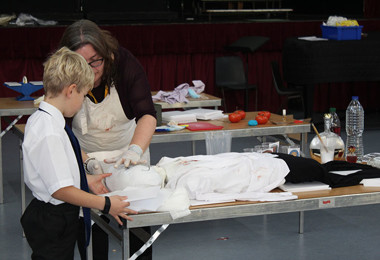 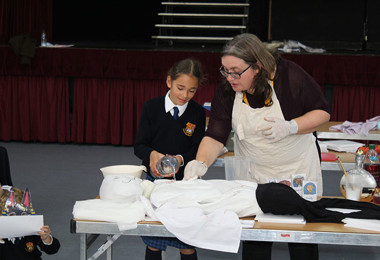 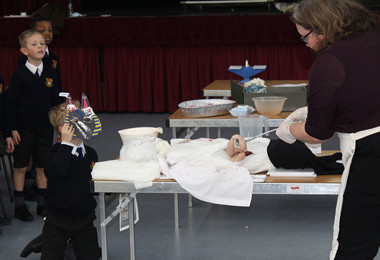 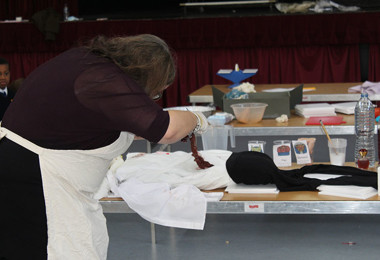 Next the body was covered in salt to dry it out so that it did not rot. The body would then be stuffed with linen and sawdust, so that it retained a life-like size and shape, before being sprayed with sweet-smelling perfume. The body would then be wrapped in twenty layers of fabric and stuck together with glue to ensure the fabric did not unravel. 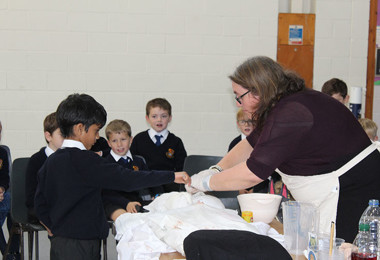 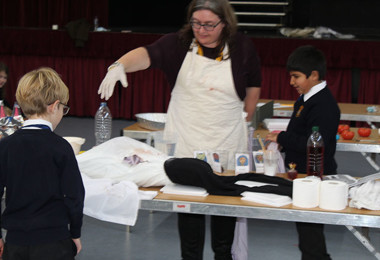 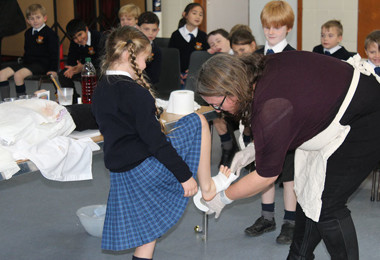 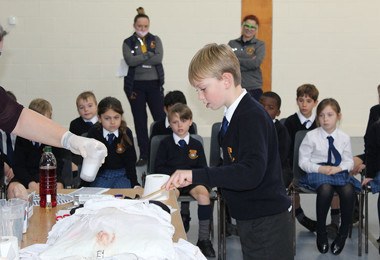 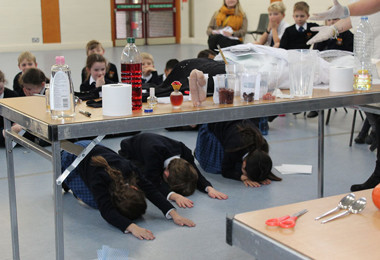 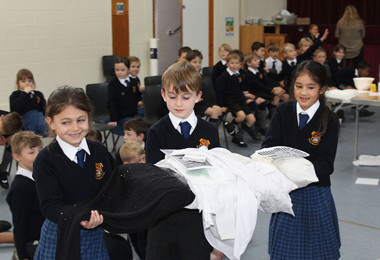 Pupils continued their historical learning by re-enacting the weighing of the heart ceremony. God Anubis would be present to oversee the trial, which saw King Tutankhamun’s heart being weighed. A heavy heart was a sign of bad deeds in one’s lifetime; as long as their heart weighed less than a feather, they would be permitted to enter the afterlife. A heavy heart would instead result in Ammut (crocodile’s head, lion’s body and hippo’s bottom) devouring the body! 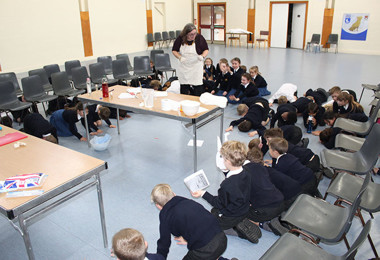 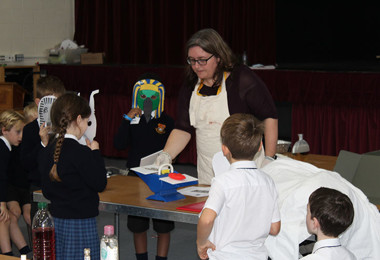