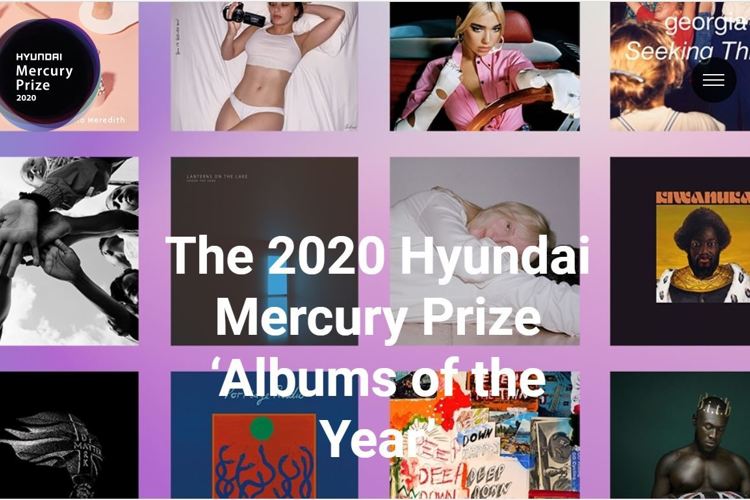 The Hyundai Mercury Prize Album of the Year aims to celebrate and promote the best of British music recognising artist achievement across a range of contemporary music genres. The shortlist of 12 British artists, including Dua Lipa, Stormzy and Michael Kiwanuka, was selected by an independent judging panel of 12 industry recognised individuals and was later announced on Lauren Laverne’s BBC Radio 6 Music show.

After making their selection, the judges commented “In these difficult and uncertain times the Hyundai Mercury Prize is proud to celebrate the remarkable power of music to inspire and exhilarate. The albums on the 2020 shortlist showcase a great diversity of sounds, styles, ambitions and experience. What these albums share is an irresistible urgency, a belief that their music matters more than ever.”

Although the awards ceremony was unable to take place this year, each of the shortlisted artists gave an interview discussing their inspiration and the making-of their albums.

The College would like to extend it's congratulations to Charli for her nomination. You can watch a performance of Charli's track, 'Vision' from her recent album here.