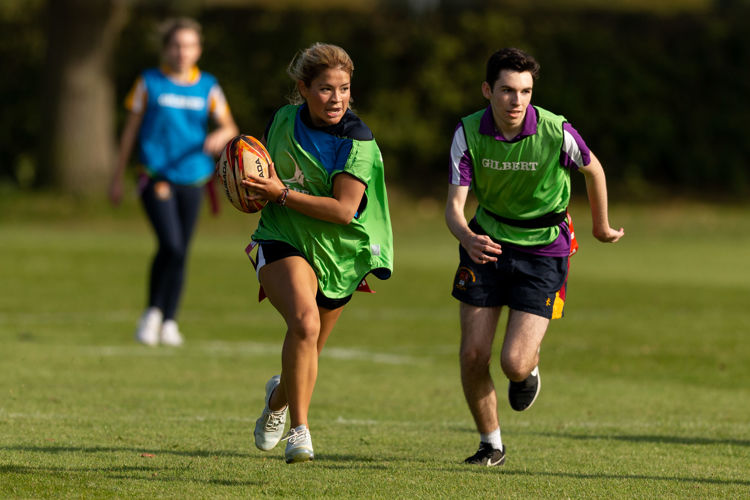 The weather was bright and warm on the Witherden Fields as the Upper Sixth students played a total of 10 games, giving their all in every one. Although many of the students had never played rugby before, especially the girls, they were determined not to shy away from the challenge. The boys’ and girls’ Houses combined together, with at least 4 boys and 4 girls in each team. In order to make the games fair and ensure everyone was given a chance to participate, Head of Rugby, Andre Beukes, added in some extra rules to the games such as if a girl scored then a boy had to score next and if a girl kicked then a boy had to kick next. 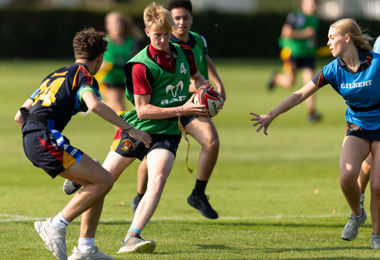 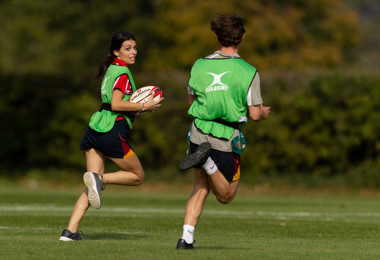 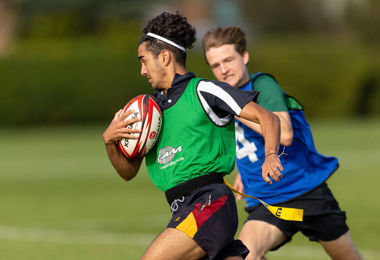 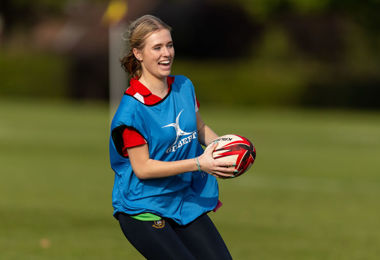 Lots of skills were on display with the students using teamwork, co-ordination and accuracy learned from other team sports such as netball, hockey and football whilst laughter rang out across the fields all afternoon. After an incredible afternoon and an amazing display of camaraderie and sportsmanship, Katie W, who plays for London Pulse Netball, was crowned Player of the Tournament for her determination, enthusiasm and use of skills for someone who had never played rugby before. Head of Rugby, Andre Beukes, commented, “Her positivity represents everything we stand for at the College.”

The afternoon was a huge success and the students achieved their target for the day which was to ensure everyone enjoyed playing rugby together and could build upon their love of the game.