Remembering the Life of Peter Rowe 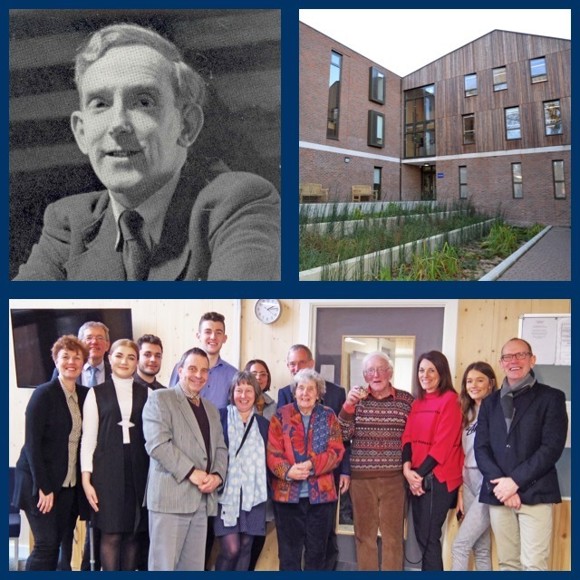 It is our very sad duty to inform you that former College Headmaster Peter Rowe passed away surrounded by his family on 1st September at the age of 92.

When Peter Rowe became College Headmaster in the Summer term of 1957, he was, at the age of 29, the youngest headmaster in England. An Old Stortfordian (GH, SH, 39-46), the son of an Old Stortfordian, he was Head of School and captain or vice-captain of the rugby, cricket, hockey and athletics, before winning an open scholarship in history at Cambridge. His appointment met, unsurprisingly, with universal approval. His tenure oversaw a vast period of building on campus, new science labs, the library block extension, extensions to Hayward & Grimwade and new tennis courts to name but a few followed in quick succession. Perhaps the most significant structure being the striking new communal dining hall which opened in 1962. This freed up kitchen space in the Houses to be converted into much needed changing and common rooms and brought the whole community together to dine in one place for the first time. A vast period of change, the results of which still remain at the heart of the College campus life today.

After hosting the Queen Mother at the school for the College Centenary celebrations in 1968 Peter Rowe left the College in 1970 to take up the Headship of Cranbrook School, but has remained a close friend and loyal supporter of the College ever since. In 2017 our new boys' boarding house was named in his honour and we are eternally grateful that he was able to return to the campus with his family for the official house opening. His legacy will live on in current and future generations of Rowe House boys.

Peter Rowe’s lasting legacy at the College was to have concentrated on not just the overall academic performance of the School, but also to have taken his experience as a pupil into his leadership ethos to develop pupils not just in the classroom but as well-rounded individuals as well. He noted in the 1968 Centenary Chronicle ‘I was grateful to Stortford because it helped me to find my true self’: this is what one hopes former pupils will continue to say. On his departure in 1970 The Stortfordian observed the "very real appreciation for the care and affection with which Mr Rowe has led the school. Too often… ‘A’ and ‘O’ Levels become the primary objective in schools...this has not been true at Stortford under Mr Rowe, for the development of the individual has been the all-important aim.”

Peter Rowe played a pivotal role in the lives of a whole generation of Old Stortfordians and garners huge respect and affection across the broader Old Stortfordian Community. His loss will be greatly felt by all those that had the honour to know him as a Headmaster, contemporary and friend.

We send sincerest condolences to his wife Bridget, daughter Clare and sons Crispin and Patrick and their families, and are grateful for all that Peter did to help make the College the school it is today.