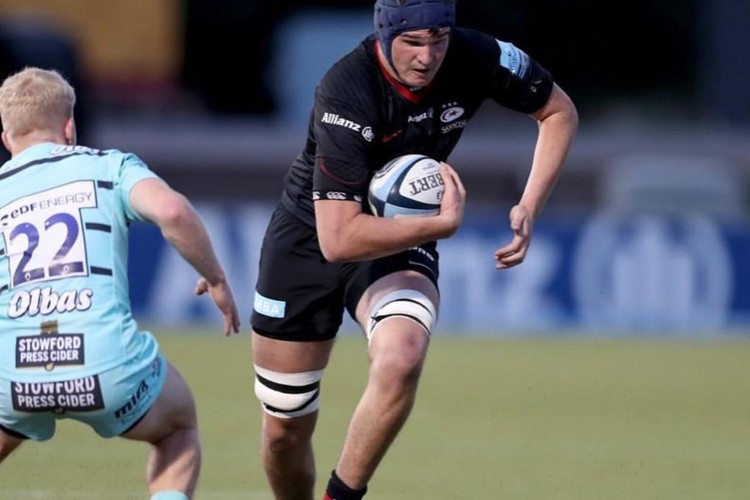 Former Bishop’s Stortford College pupils, or ‘Old Stortfordians’, Tom Woolstencroft (PP, NH, 01-08) and Cameron Boon (SH, RH, 16-18) helped lead the Saracens to a dominant victory against Gloucester in round 16 of the Premiership.

The match, which took place on Wednesday 26th August, saw the Saracens host Gloucester at Allianz Park and secure a victory of 36-20; their 12th home win against the Gloucester side since 2008.

After an early penalty for Gloucester, resulting in the team taking an early lead, Old Stortfordian and Saracens Captain and Hooker, Tom Woolstencroft, went on to score a hat trick of push-over tries, whilst Cameron Boon made his senior debut in the lock position (0) and played a vital role in the Saracens scrum.

In a post-match report with the BBC, Saracens Director of Rugby Mark McCall commented, “Tom Woolstencroft is a top player and is as competitive as there is. He is brilliant around the field, really good over the ball and carries the ball well. He is someone we want to keep at the club for a long time. He's a very calm player, he leads by example and he showed that today with his performance."

Whilst at the College, Cameron Boon, as a Sports Scholar, benefited from the Elite Sports Programme which gave him personalised strength and conditioning sessions in addition to year-round specialist coaching. Cameron also captained the Bishop’s Stortford College 1st XV to many victories during his time at the College.

A full match report can be read on the BBC Sport website here.