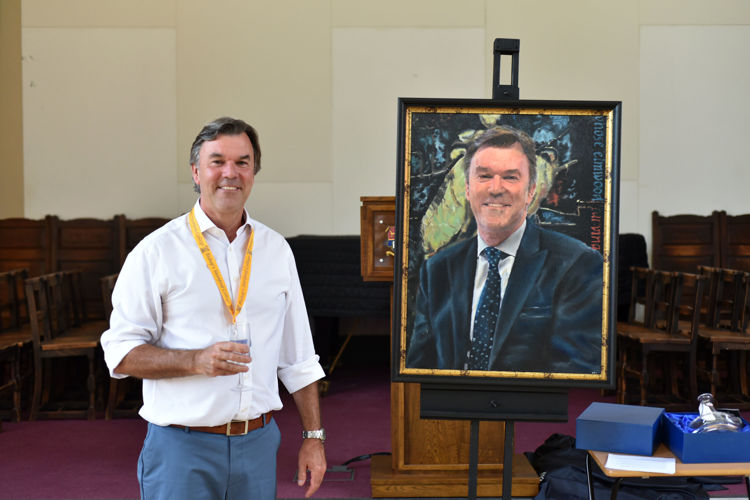 On the afternoon of Friday 26th June, Governors and key members of staff gathered in the Memorial Hall for the unveiling of a portrait of College Headmaster, Jeremy Gladwin who retires at the end of this term. It is a tradition in the College that departing Heads are captured on canvas for posterity.

Before the unveiling, Chair of Governors, Guy Baker, raised a toast to Jeremy in celebration of his nine years as the College Headmaster. Undertaking the biggest building project in the history of the College, his determination to pursue a Masters in Education and his genuine care and passion for the well-being of staff, pupils and the College community were just a few of the many highlights of Mr Gladwin's career mentioned by Mr Baker.

Following with a speech of his own, Mr Gladwin spoke of his fond memories as Headmaster, his future plans and his certainty that the College will prosper under the leadership of Kathy Crewe-Read who joins in September.

The College community would like to extend a fond farewell to Mr Gladwin, thank him for nine incredible years as Headmaster and wish him all the best for the future.