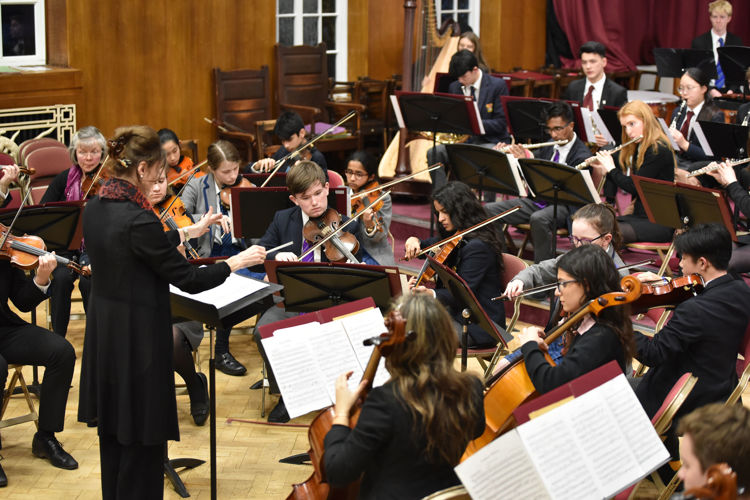 The Spring term Ensembles’ Concert, combining a variety of ensembles from both the Prep and Senior Schools, is always one of the most anticipated and well-attended concerts in our calendar. This year the concert was held on Monday 9th March in the Memorial Hall and showcased a wonderful repertoire of music.

The Prep School Strings began the recital with a delightful performance of ‘Hoe Down’ which allowed the youngest string players in the Music Department to display their burgeoning bowing skills. The Prep School Band followed with entertaining performances of ‘Eye of the Tiger’ and the Number One pop hit, ‘Gangnam Style’. Both pieces were performed with great energy and rhythmic precision as well as some smooth choreography from Mr West and the trumpet section, who exhibited their best K-Pop moves on the stage. 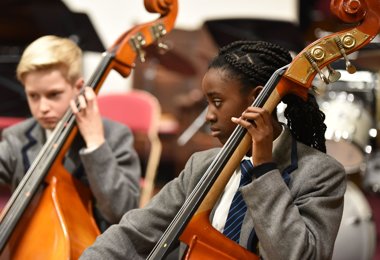 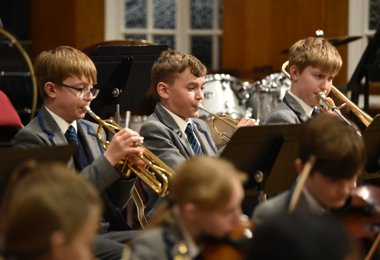 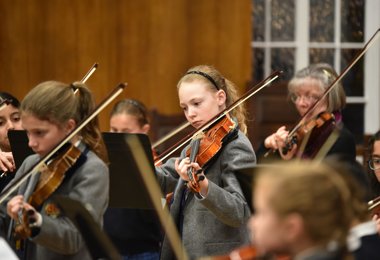 The third junior ensemble of the evening was the Prep School Orchestra, who had great fun performing a medley of themes from Star Wars. Although everyone did a great job interpreting this complex music, special mention should go to the Brass players, who vividly conjured the image of Darth Vader through their playing.

The Senior School Orchestra were in very good form and their performance of the ‘Kaiser Waltz’ by Johann Strauss was one of the highlights of the evening whilst the String Orchestra gave us their most intimate and controlled playing in their rendition of ‘Berceuse’ by Järnfelt. 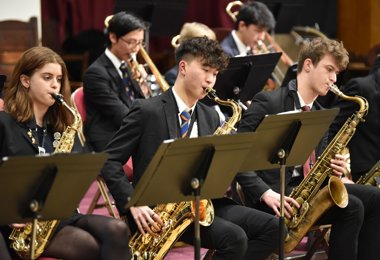 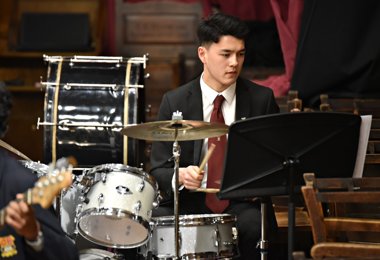 The last two groups, the Concert Band and Big Band, both demonstrated the high quality of woodwind, brass and percussion playing at the College. The Concert Band played two vibrant pieces, ‘Jumba Jump’ by Christoph Walter and a special arrangement of the well-known ‘Sabre Dance’ written for the ballet ‘Gayane’ by Aram Khachaturian. Concluding the recital, the Big Band performed two great jazzy numbers ‘Just the Way You Are’ and ‘Moanin’’ that allowed for plenty of virtuosic display for individual soloists.