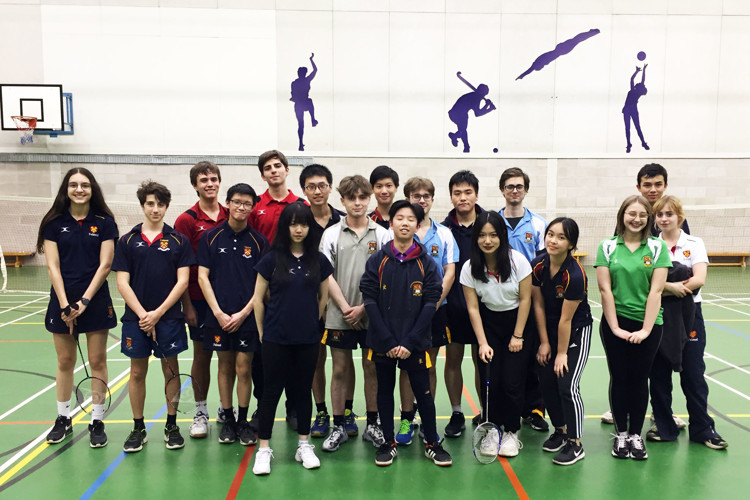 Senior School badminton players took part in a close return fixture against Felsted on Tuesday 11th February.  The match was played in very good spirits with some incredibly close results.  The team consisted of John C, Ryan B, Luke M, Justin M, Charlie B, Winson W and Jamie C for the boys and Lily C, Lizzy K and Charlotte P for the girls.

With several different events played, it gave the teams the chance to show their skills at singles, doubles and mixed doubles.  Our boys' team just beat Felsted 5-4 in matches, the girls drew 1-1 in their doubles, Felsted won the mixed doubles matches 1-2 and in the boys' singles, the College and Felsted drew 3 matches each with John, Winson and Luke all winning their matches.  The overall result was a 10-10 draw!