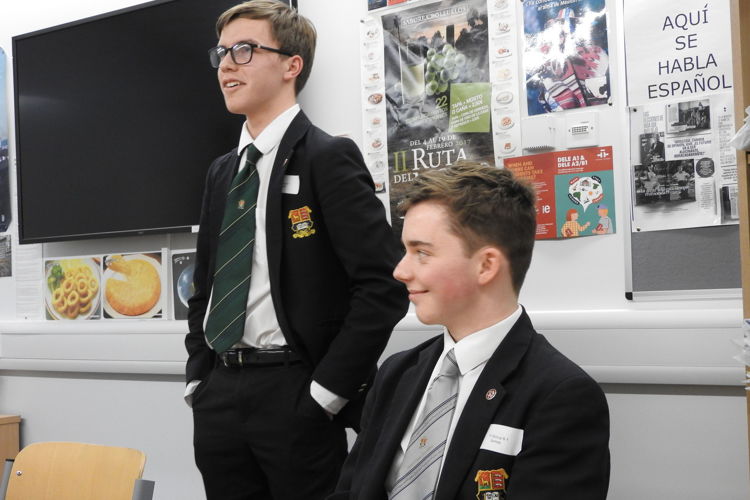 On Tuesday 5 February a group of Modern Foreign Language students arrived at The Perse, Cambridge to take part in the French, German and Spanish debating competitions between several schools from the area.

In the GCSE tier the French and Spanish teams were awarded Silver Awards whilst the German team for the third year in a row took the top Gold Award, beating The Perse team in both rounds. Well done must go to Adam C and Philip L (German), to Aveline G and Charlie H (French) and to Sofia B and Arnav P (Spanish).

The French Department also entered three Sixth Form teams in the Senior Competition, where the debates were based around in-depth research into several A Level topics. The students, consisting of Anya W, Penny Z, Bella H, Julia C, Tabby B and Phoebe M, all debated beautifully but unfortunately just missed out on a place in the semi-finals.

For many of the pupils this was their first experience of a debate and to debate on exam topics in French, German or Spanish was simply superb! Well done to everyone on making the evening such a success.