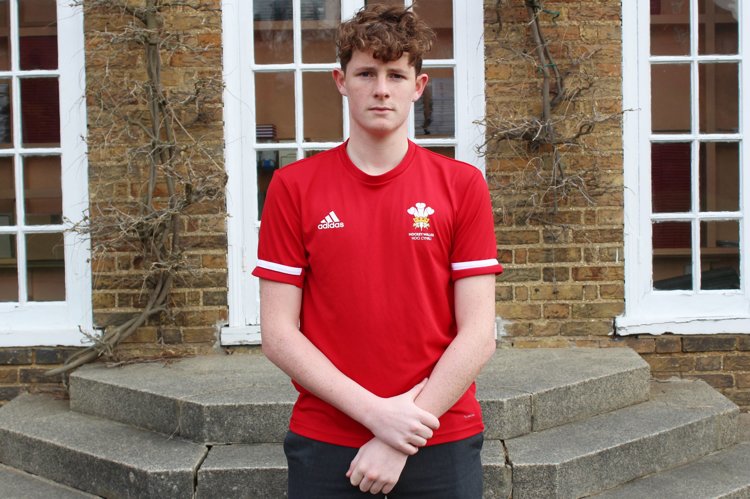 Senior School pupil, Alex J has been selected to play hockey for the Wales U16 National Age Groups (NAGS) squad.

After an intense hockey trial which took place over two weekends in Cardiff during the Christmas holidays which assessed Alex’s skill, stamina and ability to play a very high level of hockey, he was delighted to be selected for the U16 NAGS squad.

Alex was introduced to hockey at the age of 7 during his PE lessons at the College. Although he was a Herts County tennis player until the age of 12, his passion for hockey soon took over at age 11 when he joined Bishop’s Stortford Hockey Club. He was selected to join the County team within a year.

Alex played with the Bishop’s Stortford Hockey Club until 2019 when he moved to St Alban’s Hockey Club and was selected to join the Men’s National League Squad within just a few months. He now trains with this team twice a week and plays matches almost every weekend (school fixtures permitting).

Alex’s selection to the Welsh U16 NAGS team was the result of a recommendation from his Herts County Hockey Coach. This progressed to an invitation to join the Welsh ‘Aspire’ training sessions where Alex was scouted by the Welsh U16/18 NAGS Head Coach to attend the trials in December last year.

On top of his continued commitment to the St Alban’s Men’s National League squad, Alex’s NAGS training involves sessions in the Wales Satellite Centre at Woking, several Sundays a year plus further training in Cardiff during each school holiday.

As a result of his wonderful achievement, Alex has also gained sponsorship from Gryphon, a specialist hockey kit and equipment brand.

Graham Brooks, U16 Indoor Hockey Coach, commented, “This achievement is a testament to the hard work and dedication Alex shows to his hockey. He is a highly skilled and determined hockey player who, at left-back, was instrumental in our indoor success this year. We’re really proud of his selection and cannot wait to see what the future holds for him.”

After taking part in a further 3-day hockey trial during February half term, Alex has now been selected to play for the Wales U16 team in Glasgow during the Easter holidays.

Many congratulations to Alex on these incredible accomplishments and we wish him the best of luck in his future matches.