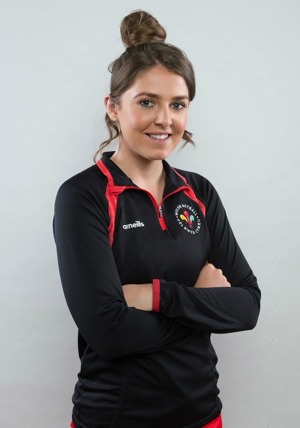 Celyn Emanuel, Sports Coach and a Resident House Assistant in the Senior School, has been selected to play for the Wales Senior Netball Team.

After a rigorous selection process which assessed Celyn’s stamina and skill over an intense 5-day trial in December, she was selected as one of 26 players (narrowed down from 95) to represent Wales in their upcoming test matches. Made up of players ranging from 17-34 years old, the squad, which has just improved its International Netball Federation ranking to 9th in the world, is currently training for a year of international netball, including qualification for the 2022 Commonwealth Games.

Commenting on the new squad, Rachel Bayley, Welsh Netball’s Head of Performance said, “I would like to congratulate all of the athletes who have been selected for the 2020 Wales senior squad and thank everyone who participated in the trials process. The coming season will see preparations towards the 2022 Commonwealth Games and the 2023 World Cup escalate and I know that after such a successful 2019, this new group of athletes will be hungry to compete on court and continue our excellent run of form.”

Celyn’s passion for netball started at the age of 8 during her time at primary school before she progressed to playing for a local club in Wales. She now plays for the Hertfordshire Hornets and has been training with the Wales squad at the Sport Wales Centre in Cardiff since the beginning of the 2019 netball season in October. Celyn will play in the positions of Wing Attack and Centre, with Wing Attack being her preferred choice.

On hearing of her success Celyn said, “I was delighted to be selected to represent my country, it is an honour to be a part of such a talented squad. I am extremely grateful for the opportunity to progress as a player and to come up against some of the best teams in the world. I look forward to furthering my netball career after this and my long-term goal has always been to make it to the Commonwealth Games.”

Having been selected in the final 15, Celyn’s first matches of the test series will be against New Zealand and South Africa on Thursday and Friday this week in Nottingham. Celyn commented, “I know both games are going to be extremely tough and will challenge me massively but it’s an amazing opportunity to play against two of the best teams in the world.”

The College wishes Celyn and the rest of the Welsh Senior Netball Team the very best of luck in their forthcoming matches and netball season. The College looks forward to Celyn inspiring a whole new generation of netballers.