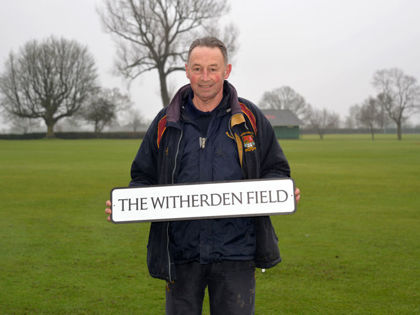 In recognition of two long serving members of the College Community, Top Field (once also known as Colman Field) has been renamed The Witherden Field after father and son, and College Head Groundsmen, Ted and Nigel Witherden.

Ted Witherden was Head Groundsman for 24 years until he retired in 1986. He inspired and taught his son, Nigel, who started work at the College straight from school on 1st September 1976, sharing with him all he knew about groundsmanship and the management of the 100 acres of pitches and fields in their care. Ted, an ex-professional cricketer, also coached cricket at the College; another passion he shared with this son.

Such has been the quality of their groundsmanship, that in 2014, when MCC Captain, Mark Everett came to play in the annual MCC v College 1st XI match, he was so impressed by the College's cricket square and facilities that he nominated Nigel for a special invitation to Lord's.

Nigel and his wife Nicola, were invited to Lords for a one day match between Nottinghamshire and Glamorgan. Describing the occasion Nigel said, "We were treated to a very memorable day, being greeted in the Committee Room by the President of the MCC, Mike Gatting and the President of Middlesex, Clive Radley. We were among fifteen other people from all over the country and were honoured to watch the game from the same spot as the Queen."

At a ceremony on Sunday evening, Nigel was awarded with his own sign 'The Witherden Field' which he will keep. During his time here, Nigel thinks he has prepared over 8000 rugby, cricket and grass hockey pitches for home games.

The College extends their thanks to Nigel and his family for their enormous contribution to the College and wish him every success in the future. 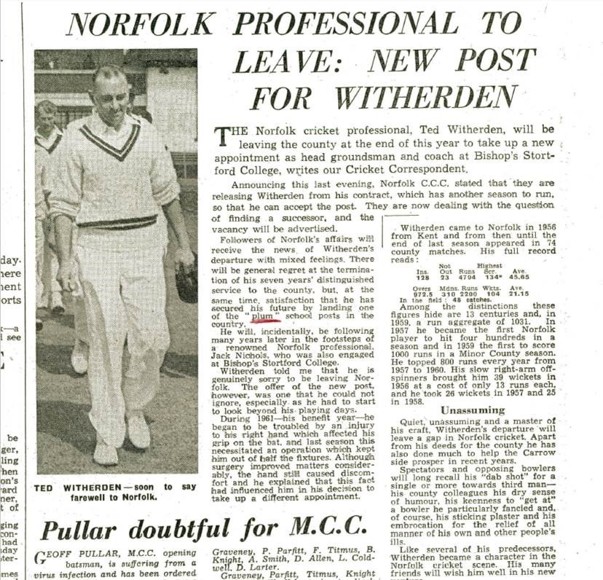