Mathematical Prowess in the Sixth Form 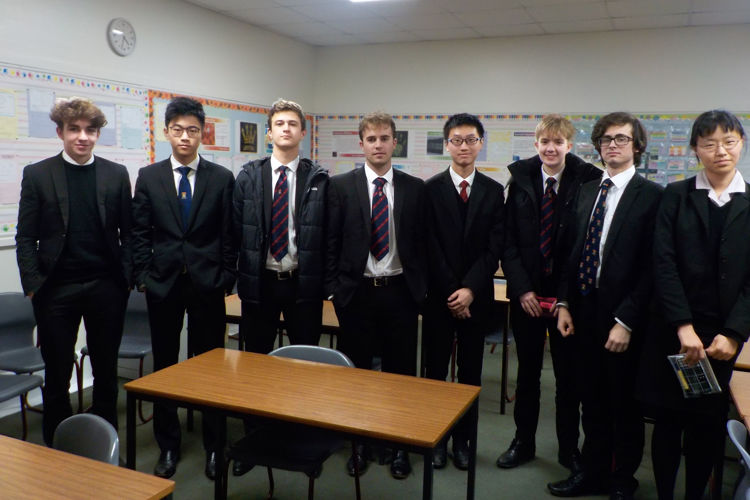 A total of 55 students sat the Individual Senior Maths Challenge on 7th November, collectively achieving ten bronze, thirteen silver and eight gold certificates. Special mention goes to John C (best in school), Leo Y (best in the Upper Sixth), Moqi C, Jamie C, Tony T, Ollie L, Alex S and Caspar S, who then progressed to the more challenging Senior Maths Kangaroo, held on 29th November. It was generally agreed that the Kangaroo questions were more stretching, though one candidate felt they were easier than the earlier round, but all found the experience a rewarding one.

Earlier that week Leo Y, Jamie C, John C and Caspar S represented the College at the Senior Maths Team Challenge in Billericay. This event consisted of three rounds of competition against other schools in the region. The boys were doing phenomenally well and led at the end of the second round having dropped only one mark. They were unfortunate with the questions in the last round and were disappointed to drop back at the final hurdle. Despite this, a good time was had by all and lessons were learnt for future such competitions.

Reach for the Stars!