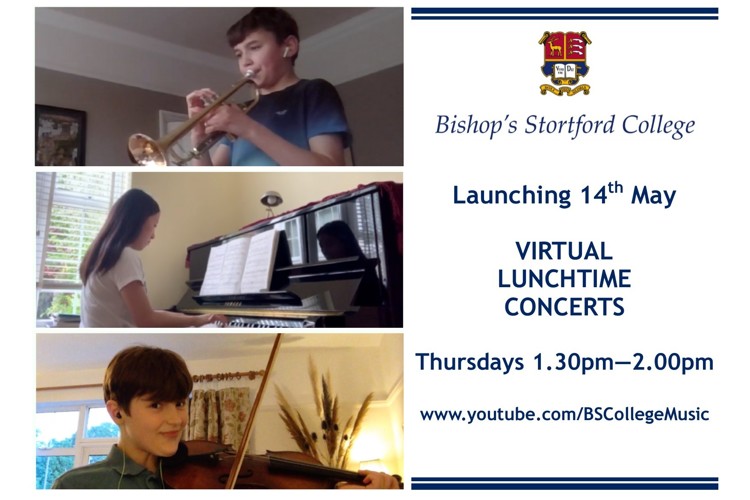 Following on from the success of our Spring term Water Lane Lunchtime Recital Concerts, and seeing as our talented musicians found a little more time to practice during the lockdown, the Music Department created a virtual platform for them to share their music with our community.

Several video compilations of various 'at home' performances by our musicians can be viewed on our YouTube channel, and in the sections below.

In the first concert, four pianists and one singer shared some delightful performances from their home studios. Rosie H played the upbeat 'Carnival in Rio' by William Gillock and Imogen P demonstrated her finger virtuosity performing 'The Brook' by Frank Bridge. Joshua H submitted a confident rendition of 'Thistles in the Wind' by Martha Mier, which was followed by a beautiful performance of 'The Giorni son che Nina' sung with impressive tonal control by Rosie H. 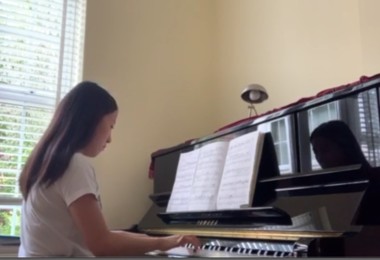 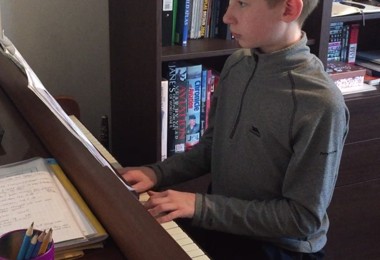 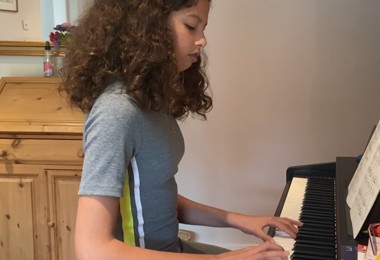 Finishing the recital Peggy S played a celebrated piano work, the 'Prelude' from Suite Bergamasque by Claude Debussy. This composition needs a skilful performer to bring out all the colours and nuances of character in the music, which Peggy does with great ease.

21st May - Piano, Violin and Trumpet

The Prep School Orchestra also joined together virtually to perform a medley of tunes from the famous boy wizard franchise, Harry Potter.

It is fantastic to see our musicians continuing to perfect their craft and to be able to share their musicianship.

The third of our virtual concerts took place on Thursday 4th June and featured a great number of pianists from the Prep and Senior Schools. The piano remains the most popular instrument amongst our pupils and the performances included in this week’s recital show the breadth of talent and musicianship that our young keyboard players possess. Justin M, began the recital with his own cover version of the popular song ‘Believer’ by the band Imagine Dragons. Justin has already been interviewed twice by BBC radio as well as having his own compositions played during prime-time slots on BBC Radio Essex.

Edward C chose to perform a composition by the popular contemporary Italian composer Ludovico Einaudi, titled ‘Nuvole Bianche’ or ‘White Clouds’. Finishing the recital, Harry H recorded a performance of Beethoven’s 32 Variations in C Minor. It is important to highlight what an achievement it is to be able to play this piece at Harry’s age, as this composition is a real tour de force even for professional concert pianists! 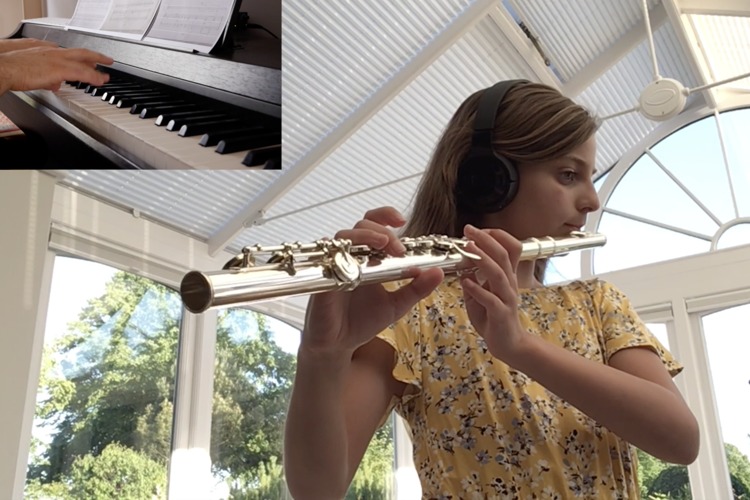 James D began the recital with a beautiful rendition of 'Daydream' by Philip Sparke. He plays the French Horn with a wonderful tonal control and his performance is highly expressive. Charlotte M presented two pieces played on the flute, the elegant Bagatelle Op 119 No 1 by Beethoven and a tranquil melodic composition by Peterson-Berger ‘Summer Song’. 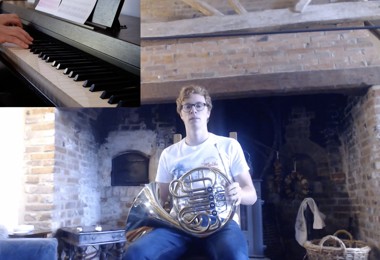 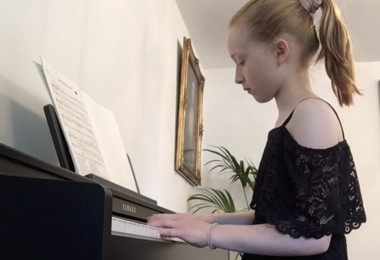 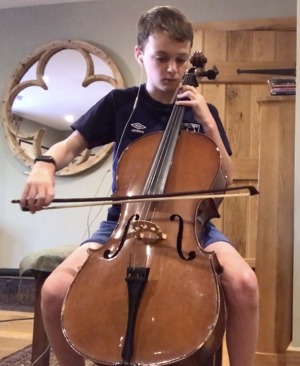 There were some lovely piano performances from Prep School pupils, Sonny B, Beth M and Daniel W and Keir S who demonstrated his excellent cello playing with the famous 'Musette' by J.S. Bach. Finishing the recital, Phoebe M gave a very expressive interpretation of ‘One Summer’s Day’ by Joe Hisaishi and Justin M made a second appearance in this series with his special arrangement of ‘How Long Will I Love You’ by Ellie Goulding.

Many congratulations to all the performers involved. 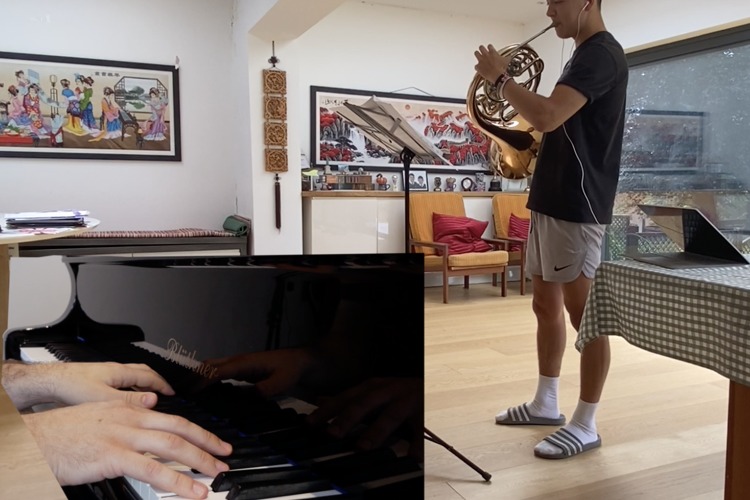 In the fifth virtual lunchtime concert, a record number of performers submitted videos. It is fantastic to see a great mix of pupils of very different ages taking part, from Lower Shell all the way to the Upper Sixth.

The concert began with James D playing the celebrated guitar solo ‘Little Wing’ by Jimi Hendrix. James’ technical and expressive control is simply outstanding in this piece and thanks to a bit of editing magic he even manages to accompany himself towards the end of the performance.

A great number of pianists took part this week, including some talented Prep School players such as William S, Charlotte M, Arthur S, Jack E, Jessica F-A, Joshua H and Imogen F, who all performed with great confidence and style. This is the first time in this series that we have siblings appearing in the same recital with two great performances by Catherine and Thomas W. Catherine sings a moving rendition of ‘I Dreamed a Dream’ from the musical ‘Les Misérables’ and Thomas closed the concert with his piano interpretation of ‘Andante Sostenuto’ from ‘Kinderstücke’ by Mendelssohn.

The most substantial composition in the programme was the ‘Elégie for Horn and Piano’ by Francis Poulenc played by Daniel E. This composition is dedicated to the memory of Dennis Brain, who was one of the best horn players of the Twentieth Century and it requires masterful tonal and expressive control of the instrument. 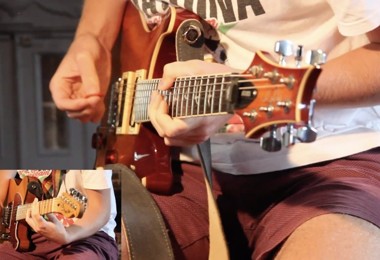 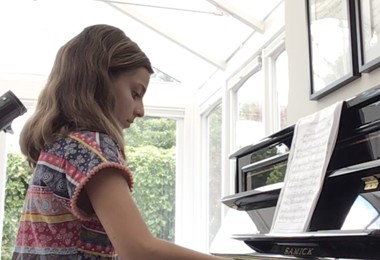 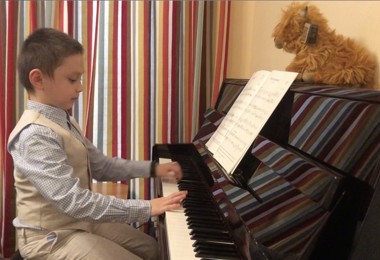 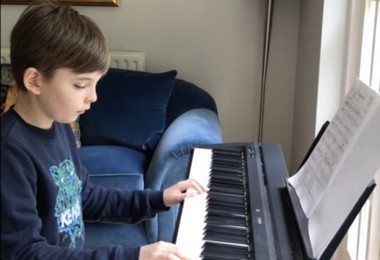 As we approach the end of term, the quality and quantity of submissions for our series of online recitals keeps growing. This concert is no exception, as we featured some really lovely performances by lots of talented players from across the College.

Fred B, currently in the Upper 3rd, is one of our most talented woodwind players and he demonstrates his tonal control and exquisite phrasing in the first piece of the concert with his performance of ‘Prelude’ from the suite ‘Victorian Kitchen Garden’. Several confident pianists from the Prep and Pre-Prep Schools have been working very hard in their music making and presented a delightful combination of pieces for young players. Many congratulations to Ankham A, Blake U, Florence J, Hal S, Ioanna G, Jakub B, Maria G, Molly L, Yinghongning M and Sebastian C for their wonderful interpretations! 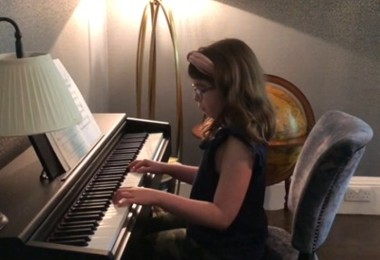 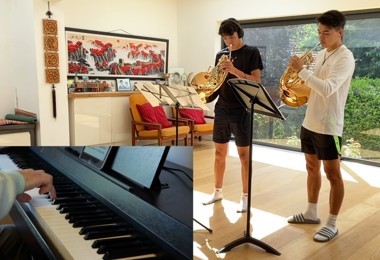 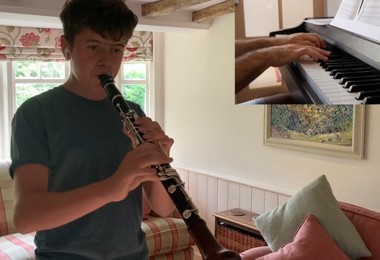 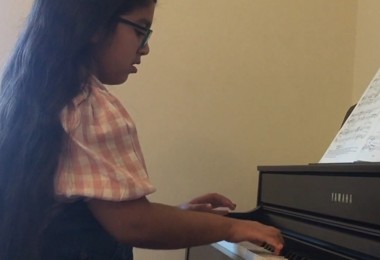 James D, has demonstrated not only his polished multi-instrumental skills, but also a great affinity with music technology by presenting performances that have been meticulously multitracked and mastered. This week is a perfect example of this with his rendition of ‘Delayed’ for three guitars and piano, all played by James. Adam C performs the famous ‘The Swan’ by Camille Saint-Saëns in a beautiful arrangement for horn rather than the original version for cello and piano and Oliver M has a good time playing drums in ‘Kaiser Roll’. Bringing the recital to an end, brothers Daniel and Charlie E played the last movement ‘Rondo’ from the Concerto for Two Horns in E flat by Joseph Haydn.

In the final week of term there was a fantastic surge of performances, with many pupils wanting to take part in this successful series of recitals. By the weekend the Music Department had received enough videos to fill a single concert, so an extra virtual recital was released on Tuesday 30th June.

It was lovely to see such a variety of instruments and pieces, once again covering a wide range of years from both the Prep and Senior Schools. In particular the excellent work of all the horn players and their teacher, Mrs. Norsworthy, for the amazing number of entries that they presented over this term.

Tuesday’s concert featured two great pianists, Justin M and Joseph A, who played two very impressive works of the piano repertoire, ‘The Lark’ by Dimitry Balakirev and the first two movements of the suite ‘Pour Le Piano’ by Claude Debussy. Eva D, Ankhan A, Catherine W and Toby P delighted us with their enchanting violin and viola playing. As it is often the case, we had plenty of piano performances also with Arthur E, Amy J, Ronav B, Thomas P and Verity B all demonstrating their expert keyboard skills. 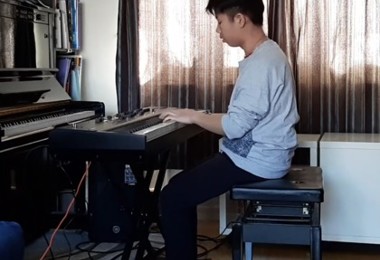 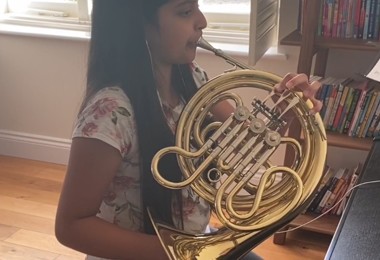 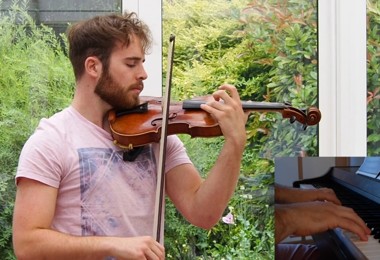 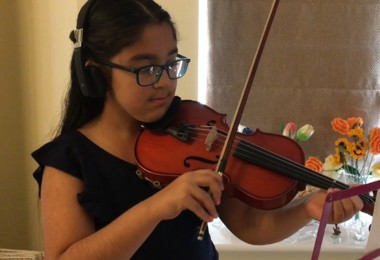 The final recital started and ended with two really special performances. Rosie A is already known as one of our most talented singers and once again she delivered a wonderful performance of ‘When Somebody Loved Me’ from Toy Story 2. Anthony T, who is a student in the Upper 6th, is one of our school leavers and over the last few years has been a key contributor in the Music Department. His final school performance is a rendition of ‘Schindler’s List’ composed by John Williams, which he played beautifully and with great expression.