Come along to this one off, Senior School production of Pirates of Penzance! 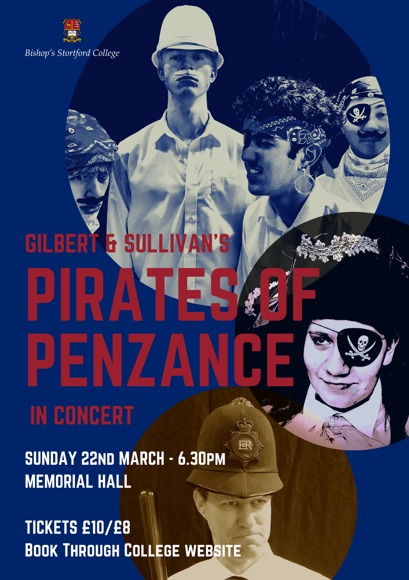 Frederic, a pirate’s apprentice, falls head-over-heels in love with Mabel, the daughter of Major-General Stanley. Throw into the mix a chorus of beautiful maidens, pirates and policemen, and what could possibly go wrong?! Frederic is due to be released from his apprenticeship on his 21st birthday, but there’s a snag. Born on 29th February, Frederic discovers that he is technically still a youngster. Although very much in love, his dedication to duty is unshakeable. Can he find a way to live happily-ever-after with Mabel?

Performed by a choir of Senior School pupils, teachers, friends and parents, and accompanied by an orchestra of professional musicians, this is one performance not to be missed!

Tickets will be available to book once we have a rescheduled date.