Reading is not only an enjoyable and rewarding hobby but it also promotes a wider understanding of the world in which we live. Many of you will have your own favourite books to read but it is always fascinating and invigorating to receive new recommendations.

Each week, there will be a review from a student and on occasions, one from a member of the English Department or the Library. They will review a book that they would like to share with you. Please click on the links below to view the recommendations so far this academic year. Happy Reading!

“Slaughterhouse 5” is the fractured story of Billy Pilgrim, a seemingly crazed narrator who flicks between every possible moment in the linear timeline of his life, leading to a frenzied and disorientating perspective for any first time reader. As Vonnegut himself proclaims in his address to his readers in the first chapter of the book; “All this happened, more or less. The war parts, anyway, are pretty much true.” For this novel is centred around the Second World War, and more specifically the infamous firebombing of the German city Dresden, which Vonnegut himself did experience – he was born in Indianapolis in 1922, and was therefore drafted to serve with the Allied forces in Germany, which formed a sizeable quantity of his various works’ inspiration.

It would be accurate to characterise this book as being a heavily fictionalised biography, flavoured by Vonnegut’s sharp wit and acute taste for irony. The bizarre sub-plot of a man who has apparently come unstuck in time, “abducted” by aliens called the Tralfamadorians, serves to centralise the splintered narrative and maintain a central backbone to the plot, allowing it to build steadily to the crescendo in Dresden despite the characteristic ‘jumps’ in time and lack of any chronological order. In any other book review, it may spoil the book to have an idea of what comprises the ending, but in keeping with the chaotic structure of the novel, the reader learns of the ending before they are introduced to the protagonist. The humour of “Slaughterhouse 5”, often macabre and bitter, endears the reader to Vonnegut himself and his hapless persona, Billy Pilgrim, within just the first few pages of the second chapter. Indeed, as the novel advances onward the two persons become somewhat indistinct, and it becomes harder to tell the voice of one from the other, their thoughts and opinions blurring into one.

Critics have described “Slaughterhouse 5” as “one of the world’s great anti-war books”, which, while high praise, is in my opinion not necessarily the best way to describe the novel. To me, “Slaughterhouse 5” is a reflection of Vonnegut’s twisted and varied personality; his idiosyncratic relationship with life, death and tragedy is characterised with a strangely blasé sense of apathy, with many fans of the book even tattooing the modern slogan of grim acceptance “so it goes” upon their bodies. Writers like Vonnegut and Whitman have become popular with young adult writers like John Green over the last decade, but I would urge young people to take the time to read and interpret these kinds of writers for themselves, rather than receiving a diluted or editorialised version of their unique worldviews and sentiments through those who have drawn influence from them. I would recommend this book as essential reading for those who want to take or are taking English A-level – it is considered an all-time classic for a very good reason.

The Testaments by Margaret Atwood

The Testaments is the sequel to Margaret Atwood’s famous dystopian novel, The Handmaid’s Tale. The narrative is set 15 years following the account of Offred and follows three females' interweaving testimonies. The interlinking story tells of the events which ultimately induce the fall of the Republic of Gilead—a totalitarian and theocratic state which replaced parts of the United States of America. The novel itself should be thought of as a completely different story as it presents an alternative perspective from that of Offred’s and allows for readers to be more open-minded towards the different perspectives of Gilead.

Atwood’s original novel takes inspiration from real-life events, most of which affected women in the 20th century. The Testaments takes after this legacy to be inspired by events today that threaten women’s reproductive rights, such as the populism of U.S. President Donald Trump in his change from Pro-choice to pro-life. These events accumulate to inspire the writings of Atwood, who moulds her novel into a believable dystopia, which as her first novel’s success proves, is effective in its execution.

Where The Handmaid’s Tale is projected through one character, Offred, The Testaments picks up 15 years later and interrelates the testimonies of three women, including that of Aunt Lydia. Rather than conforming to the account as presented by Offred, Aunt Lydia presents herself alternatively and draws more sympathy from readers. The other two accounts come from girls of different backgrounds, one from Agnes Jemima, who was raised within the regime and the other from Daisy, who was raised outside. The girls greatly contrast with one another, with Daisy acting almost like a foil character to Agnes where their beliefs, speech and socialisations are opposite. Unlike Offred, the characters within the novel do not express nostalgia for the past but instead seem content with their place to an extent. As such, the role Aunt Lydia plays is that of a novelist within the novel itself where she brings the characters together in order to execute the devised plot of the novel.

The novel further explores ideas of possibilities following the ambiguous ending to Offred’s account, where The Testaments presents readers with some closure in regards to the collapse of the regime, how society was for members of different ranks and the progression of the regime over the period of time. The book has been very well received by readers, having been shortlisted for the Booker Prize where it was declared the ‘literary event of the year’, and having bookstores stay open late past midnight for its official release. It is a novel which draws readers in to wanting to know more as its continuously changing perspective leaves us in suspense at crucial moments, where readers gradually connect events throughout the novel together whilst indulging in the pro-active plotting, scheming and adventures which the characters embark upon.

The Testaments definitely lives up to its expectations as it presents us with engaging content which leaves us wanting to know more, using different ideas to explore possibilities which may be executed. In reading the book itself, new ideas are introduced to us as Atwood makes use of current day events in relation to her novel which in turn allows for readers to connect with such ideas where we are placed at the heart of each plot’s execution. For such reasons, it is a very engaging novel that is well worth a read. 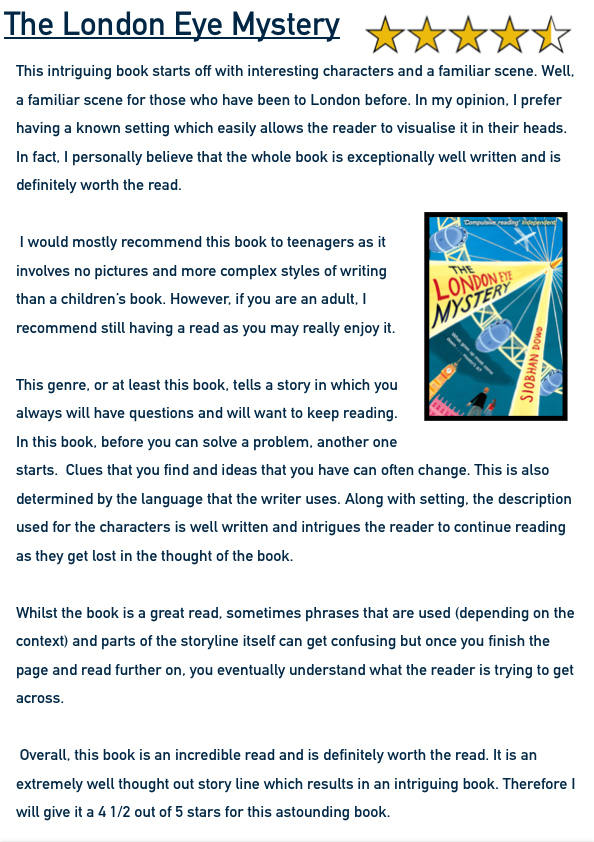 The End of the Affair by Graham Greene

The End of the Affair, one of Graham Greene’s so-called ‘Catholic novels’, exploring conflicting views on faith and damnation, not only delivers a compelling, suspenseful narrative, but insightful commentary on the complex relationship between transcendental powers and human behaviour.

Set in wartime London in the 1940s, the novel chronicles the affair between the narrator, Bendrix, a sardonic novelist, and a woman trapped in an unfulfilling marriage, Sarah. Greene employs a non-chronological narrative with flashbacks and occasional stream-of-consciousness to retell the different stages of their relationship. The context of the war, while having little impact on the plot itself, serves as an important reference for how their affair progresses. Despite time not being linear, beginnings and endings are a key motif throughout, central to the ideas Greene wishes to contemplate – the title itself references the ‘end’ of their affair, though immediately contradicted by the novel’s opening: ‘a story has no beginning or end’. This immediately introduces the sense of conflict within the narrator as the reader is aware of these paradoxes and inconsistencies in his narrative, the most prominent of which being his simultaneous admiration and hatred for his mistress.

Perhaps controversially, the novel sympathises most with Sarah, who is not only guilty of infidelity, but presented by the narrator as being superficial and fake. However, when the novel transitions to Sarah’s narration through her diary entries, it becomes clear that she has been severely misjudged and has more depth than the other characters gave her credit for. As she explains the complexities of her own emotions and inner conflict, it causes us to question the previous narrator’s integrity, and provides a new perspective on the events we have just been told. As a character, Sarah is shown to have flaws without committing to either extreme of virtuous or sinful that would be typical of a novel exploring religious righteousness.

As well as considering the human emotions of love, hate and jealousy, Greene incorporates religious imagery to portray the relationship between the Bendrix and Sarah as almost transcendental. Often the distinction between divine and human concepts becomes blurred; the narrator is unable to distinguish between his love and hate, questioning whether we would be able to say if cowardly Peter or jealous Judas loved Christ more without the guidance of the Church. Greene himself recognises the role of religion in his novels, saying there is ‘a pattern in my carpet constituted by Catholicism, but one has to stand back in order to make it out’. Indeed, his Christian existentialism is evident throughout this novel, as the characters are all confronted by tests of faith; after witnessing seemingly miraculous events, they are forced to either commit to their atheism or surrender to Catholic reasoning. The characters struggle to come to a conclusion surrounding their own beliefs without contradicting themselves, and this conflict is reflected in Greene’s style of narration which uses the manipulation of time to disorientate the reader.

Greene manages to transform what could be a romantic novel into a thriller that is almost cinematic, surpassing the bounds of a simple genre; as a meditation on religion and relationships, it is powerful and poignant.