The Festival of Literature 2020 launches on Thursday 6th February with Harry Potter Night and will run until Friday 14th February.  You can view a precis of our line up below and book tickets for each event.  All tickets can be booked here.

You can review the wonderful line-up of authors, poets and storytellers who headlined the 10th Festival in 2019 by clicking here.

Throughout the Festival Week we will be holding a number of events to which we invite local schools. Please see the details below.  Our Schools Events are brought to you in association with Tees Law to whom we are very grateful for their support. Tickets for all events can be booked here. Please note that there are no physical tickets for these events so please just turn up on the day! 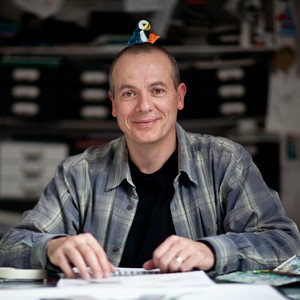 Presented by author and illustrator Petr Horacek, the annual Bishop’s Stortford Picture Book Award invites local schools to participate and cast votes for their favourite titles. Join us, along with Petr Horacek and the shortlisted authors and illustrators, to find out which book has won this year’s Bishop’s Stortford Picture Book Award! Tickets for the presentation event can be booked here.

The shortlisted titles are: 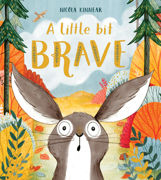 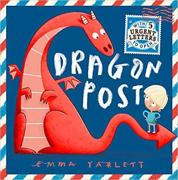 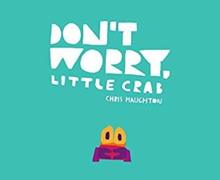 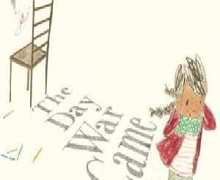 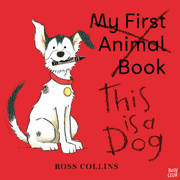 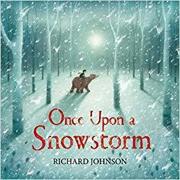 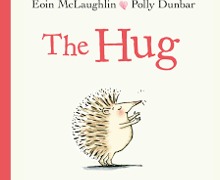 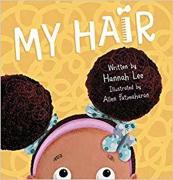 The Bishop's Stortford Picture Book Award Presentation is brought to you in association with Tees Law who we wholeheartedly thank for their continued support of this prestigious event. 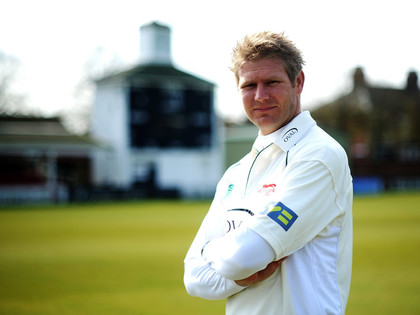 As one of The Cricketer's Top 100 Schools for Cricket we are excited to welcome former England cricketer and Leicestershire CCC Captain, Matthew Hoggard MBE, to launch the 2020 Festival of Literature. Matthew will give an enthusiastic and passionate talk about his cricket career and what the future holds.

Matthew Hoggard is regarded as one of the most successful cricketers to have played for England and was part of the inspired Ashes winning side of 2005. Having achieved 93 England caps throghout his career, Matthew was awarded Wisden Cricketer of the Year in 2006. As England's sixth highest wicket taker with 248 wickets during his 67 matches, Matthew was released from Yorkshire in 2009 and quickly instated as captain of Leicestershire CCC from the 2010 season onwards. Under his guidance and leadership, the team went on to win the Twenty20  Cup in 2011, propelling them to become the most successful short game team in England.

Having retired in 2013, life after cricket is proving to be successful and exciting for Matthew, becoming a sought-after commodity with global media and on the after-dinner speaker circuit.

Tickets for Matthew Hoggard can be booked here.

Our thanks to Alexandra Wood Bespoke for sponsoring this event. 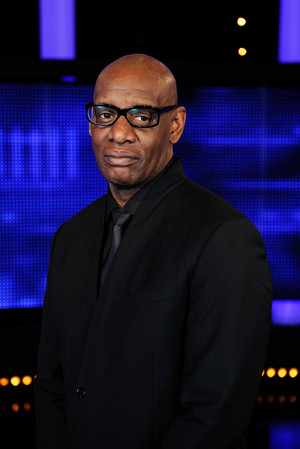 Shaun Wallace, barrister, Mastermind champion and ‘The Dark Destroyer’ on ITV’s hit show, The Chase, will put us to the test with a night of intellectual stimulation and quizzing as he discusses life as a senior criminal defence advocate and what it’s like to know everything.

Shaun has worked as a barrister since 1986, is a member of the Criminal Bar Association and Jamaican Bar and has taken part in hearings held at both the Old Bailey and several Magistrates’ Courts located in England, Wales and Scotland. As a senior criminal defence advocate he has worked with manslaughter, serious sexual offences, fraud and firearms cases to name but a few. His passion for law has also extended into providing lectures on matters such as environmental law, health and safety and road transport regulations.

In 2004, Shaun became a champion of the BBC general knowledge quiz, Mastermind, choosing as his specialist subject, FA Cup Finals. He has also made appearances on Fifteen to One and The Weakest Link and the first series of Are you an Egghead?

In his autobiography, Chasing the Dream, Shaun describes how his passions have helped him turn into the man he is today: staunchly just and fair, ruthless when he needs to be, kind, fun, and a fiercely loyal friend.

Do you have what it takes to 'Chase the Chaser'? The evening will conclude with a quiz challenge.

Tickets for Shaun Wallace can be booked here.

vent is brought to you, with our thanks and in association with Hertfordshire Display plc 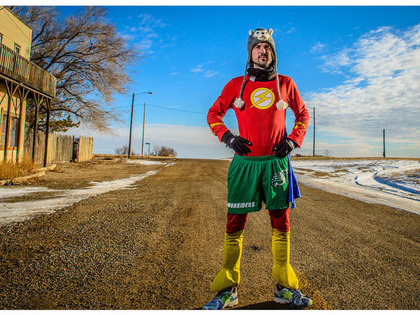 The start of Jamie’s life was a major challenge; he spent the first nine years of his life in and out of hospital with a rare spinal condition known as syringomyelia, combined with epilepsy and a very weak immune system.

However, at the age of nine, his symptoms began to ease; something Jamie attributes to becoming more active. As he grew older, Jamie began a quest to give back to the hospitals which supported him through his early childhood and in 2012, he bought a second-hand bike and cycled 14,000 miles from Bangkok to his hometown, Gloucester. Just two days after finishing that gruelling journey, Jamie decided to attempt the world static cycling record of 224 hours and 24 minutes, which he beat.

Jamie made history in 2014 when he became the first person to run the 5,000 miles across Canada from the Atlantic coast to the Pacific without the aid of a support crew. He raised more than £250,000 for sick children in the UK and Canada in the process.

At times, during these awe-inspiring journeys, he was shot at, arrested, battled temperatures of -40°C and endured a frostbitten nose, all whilst wearing a Superhero costume, ‘The Flash’. In 2018 Jamie completed yet another fundraising cross country run, a 5,500 mile solo journey across the USA, dressed as his alter ego, ‘Adventureman’.

Jamie will share stories from his adventures that will inspire and amaze in an evening not to be missed!  He will also be making a collection at the end of his talk in support of his fundraising activities.

Tickets for Jamie McDonald can be booked here.

hanks go to our event sponsors Savills for their support of this event. 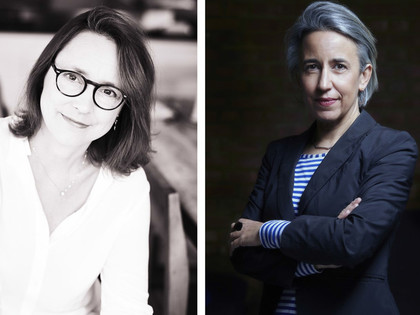 Join crimewriters Tammy Cohen and Emma Curtis as they are interviewed by local novelist and previous Festival speaker Chris Whitaker. They will discuss their novels, the process of writing and answer questions from the audience.

Both Emma and Tammy are acclaimed crime writers with stacks of stellar reviews under their belts. After raising two children and working in various jobs, Emma’s fascination with the darker side of domestic life inspired her to write her acclaimed debut novel, One Little Mistake. Her latest novel, The Night You Left, has been described as ‘gripping, tense and twisty’ and will leave you gasping for more.  Originally from Brighton, Emma now lives in London with her husband.

Born in Ibadan, Nigeria, Tammy (Tamar) Cohen began her writing career as a freelance journalist, writing features for titles including Marie Claire, The Times and The Telegraph. Tammy's latest novel is called Stop at Nothing and has been critically acclaimed. She is Writer in Residence at Kingston University, lives in London with her partner, three nearly grown-up children and one badly behaved dog.

This event is perfect for book club members and crime enthusiasts alike.

Tickets for Tammy Cohen and Emma Curtis can be booked here.

This event is brought to you, with our thanks, by 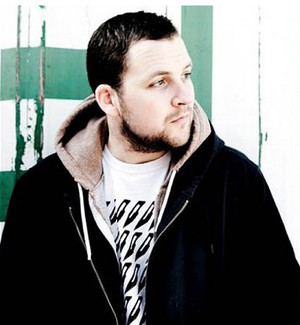 Always a highly anticipated event in the Festival calendar, Literature Live is a reading competition for our Senior School pupils.

Each year sees stirring performances across all age groups, with fierce competition between the Houses. There are opportunities for solo and group interpretations - pupils are able to select any piece of literature they wish, so expect the unexpected! Prior to the event pupils compete in three different categories and the winners of these perform in this final.

This year we are very pleased to welcome acclaimed spoken-word poet Steven Camden to judge the readings.

Tickets for Literature Live can be booked here.

Our thanks to Simpsons Creative for supporting this event. 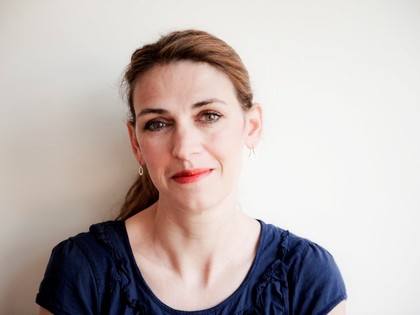 Bishop's Stortford College, once dubbed 'The school for spies', is particularly proud to welcome award-winning author and broadcaster, Clare Mulley who will blow you away with her epic biographies of the lives of history’s forgotten female figures and the roles they played in shaping society as it is today.

As a winner of The Daily Mail Biographers’ Club Prize, Clare could not have asked for a better start to her writing career with the launch of her debut book, The Woman Who Saved the Children. Continuing her focus on prominent female figures throughout history, Clare’s second book, The Spy Who Loved (now optioned by Universal Studios) which she will focus on during this event, led to Clare being decorated with Poland’s honorary distinction, the Bene Merito.

Clare is a regular contributor to various historical and current affairs journals, TV and radio programmes including Newsnight, the History Channel and BBC Radio 4’s Woman’s Hour. An honourary patron of the Wimpole History Festival, Clare is a popular public speaker and has given lectures in London and Paris on wartime female special agents, given a TEDx talk at Stormont and spoken in the Houses of Parliament and the Royal Albert Hall.

Before her writing career Clare worked for Save the Children and Sight Savers International. She lives in Essex with her husband, their three daughters and a hairy lurcher.

Tickets for Clare Mulley can be booked here.

This event is brought to you in association with Delta2020 who we would like to thank for their generous support.